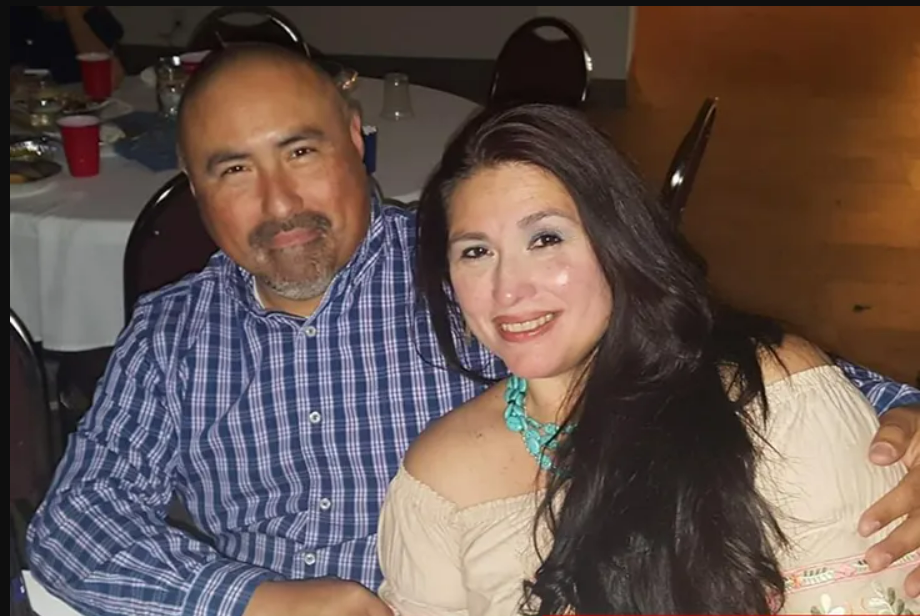 This is so tragic.

As if the tragedy in Uvalde wasn’t traumatic enough, after a shooter stormed fourth-graders at Robb Elementary in Uvalde, Texas, and killed 19 kids and two teachers including Irma Garcia, now TMZ is reporting that her husband has died too.

According to the outlet, Joe Garcia, the husband of Irma one of the two teachers killed in the mass shooting on Tuesday, has died of a heart attack due to grief. The two were married for 24 years.

“EXTREMELY heartbreaking and come with deep sorrow to say that my Tia Irma’s husband Joe Garcia has passed away due to grief, I truly am at a loss for words for how we are all feeling, PLEASE PRAY FOR OUR FAMILY, God have mercy on us, this isn’t easy.”

– For Irma Garcia and Eva Mireles, teaching fourth graders at Robb Elementary in Uvalde, Texas, was one of the joys of their lives, a vocation dedicated to educating children and keeping them out of harm’s way.

Relatives briefed by police said Garcia and Mireles died on Tuesday trying to protect their students after a gunman burst into their classroom, barricaded the doors and opened fire with a semi-automatic rifle.

Nineteenth children, aged 9 and 10, and the gunman himself were killed, and multiple others were wounded.

Garcia, a married mother of four who taught at Robb Elementary for 23 years, was a “sweet, kind, loving” teacher who considered her students to be family, her relatives aid.

“She passed away with children in her arms trying to protect them,” her nephew John Martinez wrote on Twitter. “Those weren’t just her students they were her kids as well.”

The daughter of the other teacher, Eva Mireles, penned a tribute to her mother on Wednesday, which was to have been nearly the last day of the school year.

“I don’t know how to do this life without you, but I will take care of dad. I will take care of our dogs and I will forever say your name so you are always remembered, Eva Mireles, 4th-grade teacher at Robb Elementary who selflessly jumped in front of her students to save their lives,” Adalynn Ruiz wrote on Facebook.

Garcia, 46, was named “teacher of the year” at the school to which she dedicated her entire career. In 2019, she was one of 19 San Antonio-area educators named as finalists for Trinity University’s prize for excellence in teaching. At the time she taught third grade, specializing in social studies and ELAR, or English Language Arts and Reading.

“I am so excited to begin this new school year already!” Garcia wrote in note on the school district’s website before this academic year began.

The longtime educator offered students a glimpse into her personal life and her passions, saying she loved barbecuing with her husband of 24 years, Joe. She was the proud mother of four: her eldest son was at military boot camp and her second son at Texas State University. She had two younger daughters as well.

A Facebook photo showed her husband and son holding a heart-shaped sign that reads “Proud Bobcat family,” a nod to the football team at Texas State.

Eva Mireles was trained in bilingual and special education. She loved outdoors activity like running and hiking and cherished her husband, daughter and “three furry friends,” according to a short biography pasted on the school’s website.

Her husband, Ruben Ruiz, is a police officer on the school district’s police force, the agency investigating the massacre.

Her aunt, Lydia Martinez Delgado, grieved for her niece in a Facebook post, asking for prayers for her family and the entire town of Uvalde. The community, about 80 miles (130 km) west of San Antonio, has about 16,000 residents, nearly 80% of them Hispanic or Latino, according to U.S. Census data.

“I’m furious that these shootings continue. These children are innocent. Rifles should not be easily available to all. This is my hometown, a small community of less than 20,000. I never imagined this would happen to especially loved ones,” Martinez Delgado said in a statement.

“All we can do is pray hard for our country, state, schools, and especially the families of all,” the statement said.

There were two days left in the school year when Tuesday’s massacre unfolded. The school district canceled classes for the remainder of the school year and has established grief counseling for the survivors.