'I Should Have Quit Before Tokyo': Simone Biles Opens Up About Tokyo 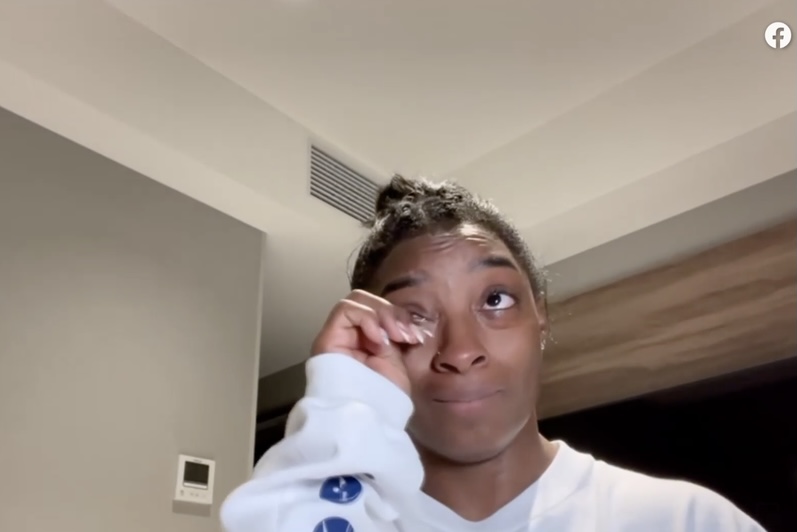 Simone Biles chose to protect herself.

In a candid interview, the Olympian speaks her truth about why she believes the Tokyo Games should not have been a part of the her plans.

In a recent interview with The Cut, Biles admits on the outside she seemingly was not crippled but was  competing in the games while suffering from something far worse–a broken spirit.

“I should have quit way before Tokyo, when Larry Nassar was in the media for two years,” she said. “It was too much. But I was not going to let him take something I’ve worked for since I was six years old. I wasn’t going to let him take that joy away from me. So I pushed past that for as long as my mind and my body would let me.”

Biles has admitted that former USA Gymnastics doctor, Larry Nasser, sexually abused her and the gymnastics world attempted to cover it up. She says while she tried for years to block it out, the mental scars remain.

Despite it all, leading up to the Olympics, 24-year-old Biles continued while under intense pressure to live up to being the GOAT—greatest of all time. She was favored to bring home five gold medals. However, she decided to pull out of the competition citing mental health.

“Say up until you’re 30 years old, you have your complete eyesight,” Biles says. “One morning, you wake up, you can’t see shit, but people tell you to go on and do your daily job as if you still have your eyesight. You’d be lost, wouldn’t you? That’s the only thing I can relate it to. I have been doing gymnastics for 18 years. I woke up — lost it. How am I supposed to go on with my day?”

While she did compete in the balance beam competition,  in which she earned bronze, Biles is trying to put it all behind her and enjoy life post competition,  but admits she finds herself reflecting back.

“Sometimes it’s like, yeah, I’m perfectly okay with it. Like, that’s how it works. That’s how it panned out.” She adds,  “And then other times I’ll just start bawling in the house.”