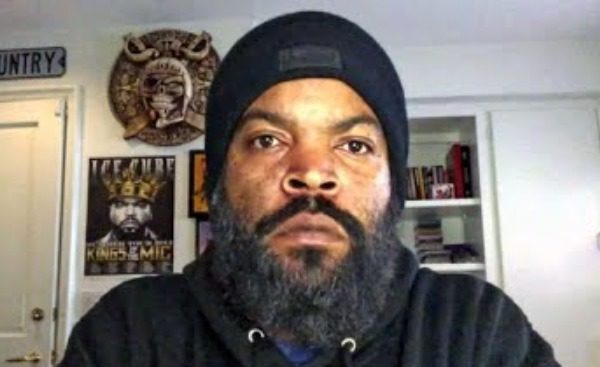 The Robinhood trading app can’t seem to catch a break. After being called out in January for halting heavily traded stocks, the company is now facing a lawsuit from rapper Ice Cube.

The Big 3 founder issued out a lawsuit against Robinhood over their use of his image in a March 8 newsletter, Fox News reports. The photo in question is a still of Cube from his 2007 family comedy Are We Done Yet, along with the caption, “Correct yourself, before you wreck yourself” — a signature phrase the rapper coined on his 1992 song, “Check Yo Self.”

After learning his likeness had been used without his permission, Ice Cube lawyered up and issued out a scathing legal read against the stock trading app. His attorneys, Michael A. Taitelman and Sean M. Hardy accused Robinhood of being “an unscrupulous and predatory conglomerate that professes to be a financial services company for the everyday person”; “a wolf in sheep’s clothing”; and “another get-rich-quick scheme.”

The complaint went on to highlight the $65 million settlement Robinhood made with the SEC in December and over 50 class-action lawsuits the trading app is currently fighting. Cube’s legal team accuse the company of using the Friday creator’s image  “to promote Robinhood’s terrible products and services.” It continued. “Human lives are simply collateral damage as Robinhood single-mindedly rushes toward an initial public offering, so its feckless and apathetic Millennial founders can jump ship and live out their days in luxury and hedonism,” the lawsuits reads. The complaint ended by reminding the company that “Robinhood has picked on the wrong man this time.”

After being slapped with the lawsuit, a Robinhood spokesperson defended the use of Cube’s image to Fox News saying it was “licensed and used for non-commercial, editorial purposes in connection with a blog article.” The company has had a fall from grace after its CEO Vlad Tenev appeared in a congressional hearing in February and defended halting the sale of heavily traded stocks at the time like GameStop and AMC, The Guardian reports.