With His New Show, Improv Master Wayne Brady Is Raising His Game 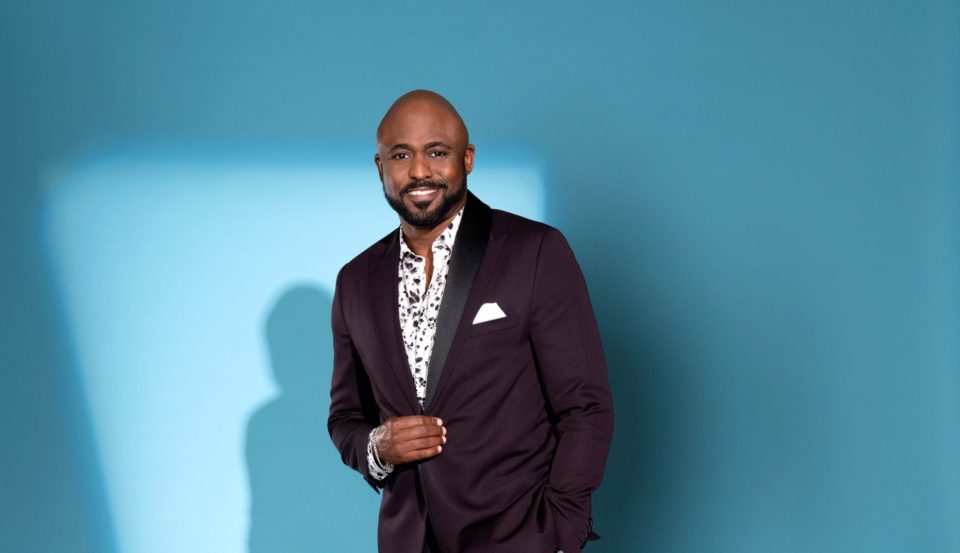 Over the past three decades, uber-talented improv master Wayne Brady has done it all. Since bursting into the national consciousness as a star of the landmark improvisational comedy series Whose Line Is It Anyway?, he’s gone on to host Let’s Make A Deal and his own talk show, and produce multiple television series, winning multiple Daytime and Primetime Emmys along the way. He’s also leveraged his stage presence and musical talents to win The Masked Singer, and has most recently (to his surprise) become a social media star on Tik Tok. However, apparently, we haven’t seen anything yet.

Brady says his latest role as host and executive producer of the new FOX reality/variety competition Game of Talents is part of a new period of both personal and professional growth, all because he is now applying the two most important words in improv—“Yes, and…”—to not just his career, but his life and relationships.

As Brady explains it, the words “Yes, and…” are critical to keeping a story going in the performance art of improv; they are the literal building blocks of the craft. To respond in the opposite, to say “No” by refusing to participate, literally cuts off all possibilities. While Brady excelled in improv by embracing the unlimited potential of “Yes, and…” in front of the camera, he admits that he only recently began applying that ethos to his life off-camera.

“I’m truly embracing this philosophy now,” Brady explains, during an interview as the featured guest of the Beyond The Hype interview series for Black Enterprise. “Even though, ironically, it’s something that has brought me great success on stage, it isn’t something I have always embodied. Quite to the opposite, in my normal life, I am very much, ‘I like things this way. I don’t want change.’ I am the total opposite of the dude that I am on stage.”

Brady credits expanding that philosophy beyond the stage with opening up his mindset to new possibilities in all areas of his life, including the his potential impact on his industry. As a result, he has raised his sights beyond being the ultimate multi-hyphenate entertainer—actor, singer/songwriter, producer and television personality/host—to becoming an entrepreneurial force in show business, building a diversified media empire to bring more opportunity, diversity, and inclusivity to the entertainment industry.

In addition to Game of Talents, under his Makin’ It Up Productions banner, Brady will debut his latest EP featuring songs—and an entirely new persona, “Black Francis,” inspired by Frank Sinatra. He is also working with Jerry Bruckheimer on a new drama, with Will & Grace producers Tracy Poust and Jon Kinnally on a CBS sitcom about a blended family (based on his life with his former wife and best friend Mandy Taketa, and their singer/actress daughter Maile Masako Brady), as well as a project featuring a trans superhero.

Equal parts talent show and game show, Game of Talents brings together multiple facets of the Wayne Brady brand, while showcasing his ongoing emergence as not just the talent, but a businessperson and a decision maker.

“To be able to sign aboard Game of Talents as a creative and as a business partner, to be involved in the business of the show, to be on the FOX network, that’s something that I know moves my business. So now when Wayne Brady’s name is mentioned, it’s no longer just ‘Wayne Brady the host. Wayne Brady the actor.’ Well, that’s old news; we know that. Now the conversation is Wayne Brady, host and executive producer.”

Brady’s long-term goal? To increase opportunities for African American, Latino, LGBTQ, and other entertainers who are still too often are relegated to the margins of the industry, the exceptions in a “mainstream” cast of thousands.

“For 2021, and the rest of my life, I want to be an agent for change,” Brady declares. “If a TV show that I am a part of changes someone’s mindset, if I can influence people’s thinking to the positive, whether it be racially, gender-wise, or with any of the problems we have going on right now, then I will have done what I want to do. It’s not enough to sit back and make money on your skills. That’s not enough anymore. I see the bigger picture now.”