Ben Carson Says NFL Players Should Explain Why They're Protesting 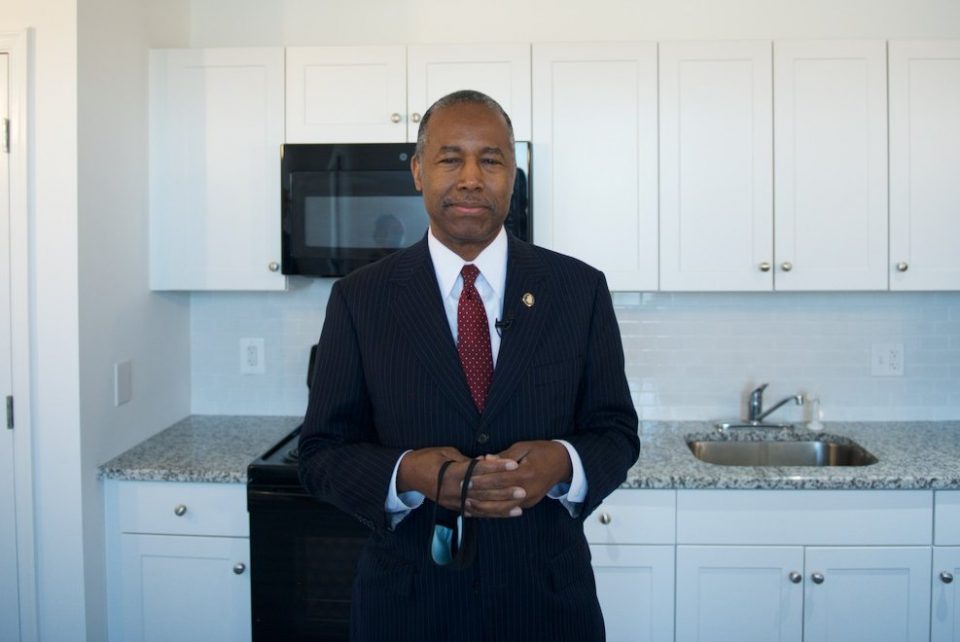 Earlier this week, Ben Carson, the secretary of Housing and Urban Development, said NFL players should express the reason they are kneeling and protesting during the national anthem, according to Yahoo Sports. Apparently Carson doesn’t realize that they’v been doing that since the inception of the protest.

“My personal feeling is, if those players were to come out and say, ‘We love our nation, we are patriots, we love our flag, we honor the memory of those who died to give us our freedom, but, we are protesting some of the brutality that has occurred, and that’s why we’re doing this,’ I think it would solve the problem,” Carson said on CNN’s State of the Union. “And I suggest that they do that.”

Carson hasn’t been watching the news over the past couple of years: The players have always said the protests are not about the flag.

“We hate that people are going to see it that we don’t respect the military, the men and women that are braver than us that go and put their life on the line,” NFL defensive back Devin McCourty said in 2017 after President Donald Trump took issue with the players who decided to take a knee. “But we just wanted to send a message of unity and being together and not standing for the disrespect…All of us want to send a message of unity, not just as a team but a fraternity of NFL players.”

Devin McCourty talked about why some of his teammates took a knee during the national anthem. pic.twitter.com/h9LJdSp1QO

And even the Seattle Seahawks put out a statement in 2017 that explained why they chose to kneel.

And, of course, Colin Kaepernick said at every juncture over the years what the reason behind the kneeling was and always denying the narrative that the intent was to disrespect the flag or the people who have served in the military.