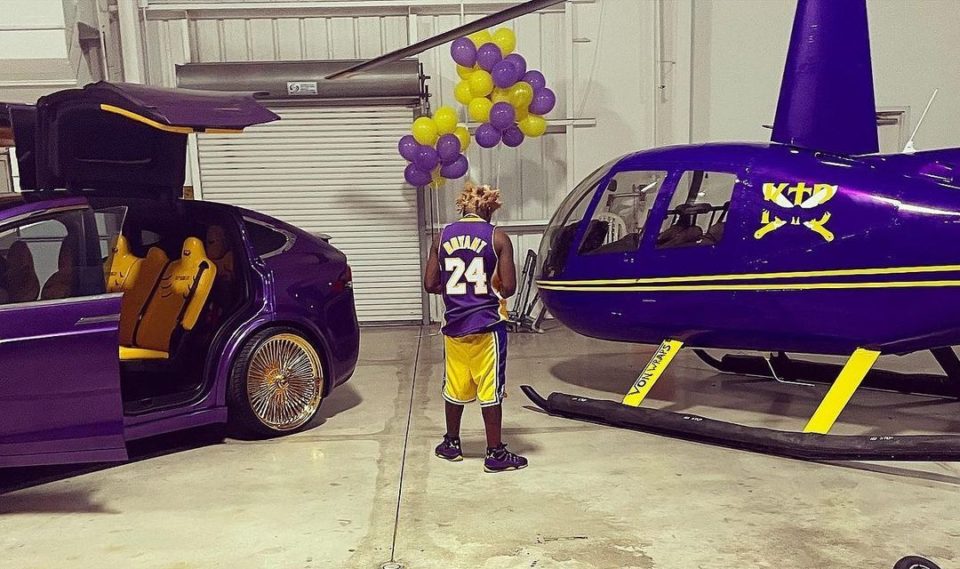 Los Angeles Lakers legend Kobe Bryant was one of the most liked and well-respected basketball players in the world. And after his unfortunate death early last year, fans and friends alike continued to mourn his life.

So, it comes as no surprise that when a young rapper, Kodak Black, celebrated his birthday with a Kobe Bryant-themed party that showcased him wearing the late basketball player’s jersey while standing next to a purple and gold helicopter, fans of Bryant were disgusted by the display.

According to Rap-Up, Kodak Black, who was recently honored when he received a proclamation for his charitable work by a Broward County commissioner, conducted an interview with Florida radio station 99JAMZ, where he explained his decision to honor the fallen basketball player as he expressed his love for Bryant.

“I heard about his unfortunate demise,” said Kodak Black. “I was already saying like, ‘Man, you know when I come home, I’ma come home on the helicopter.’ And I heard how he passed and I was like, ‘Fam, that’s crazy.’ Maybe it’s a sign not to jump on the helicopter ’cause you know, he KB and I’m KB.”

“#kodakblack explains why a helicopter was significant when remembering #kobebryant”

Kodak Black, who has been involved in his share of legal issues, was recently sentenced to probation this past April for assaulting a teenage girl in a South Carolina hotel room in 2016.

The controversial rapper was also sentenced to 46 months in prison on federal weapons charges back in 2019 after he had admitted that he falsified information on federal forms to buy four firearms. He had his sentence commuted by former President Trump just before he left the White House in January.