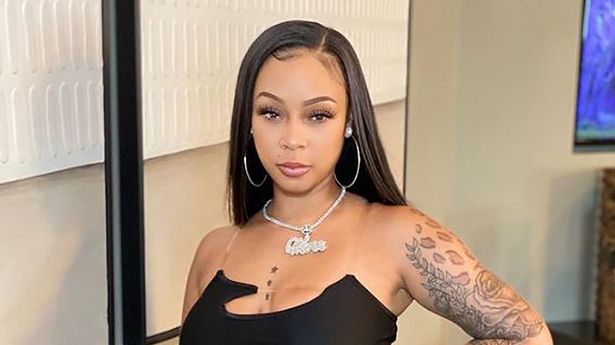 The father of the late Instagram model Mercedes Morr is speaking out and sharing the heartbreak he has endured after finding her body inside of her home along with that of her killer.

Morr, born Janae Gagnier, was founded murdered inside of her home last Sunday in a possible murder-suicide. Now, her parents are describing how they located their daughter and the events leading up to her death at the hands of a possibly crazed fan.

“She’s a person. That was our baby,” Gagnier’s mother, Jeaneta Grover, told ABC13. “She was so famous in her world, and so loved in ours.”

The parents described their eldest child as a loving daughter, a big sister, and a friend. As she grew in popularity because of her amazingly good looks, Gagnier’s father admits to being rattled.

He recalled finding his daughter’s dead body at the bottom of her staircase after breaking down the door to her home.

“I know my daughter and when I got to my daughter’s house and it was locked up and she’s not answering my phone call, which is not like her, I knew something was up,” he said. “So I didn’t hesitate to kick the door down. What I saw, I wouldn’t want any parent to go through.”

At first, Gagnier and his girlfriend thought it was an accident. But upstairs, they found the killer, Kevin Accorto, 34, with a knife in his neck.

“He was twitching, he was gurgling,” Gagnier said. “I could look in the room and there’s writings all over the wall.”

On the wall written in lipstick or pens was Accorto’s confession, apology, and professed love for Jenae, a woman he didn’t know personally.

The Fort Bend County Medical Examiner ruled Jenae’s death a homicide by strangulation that caused a traumatic concussion. Authorities are investigating how Accorto located Morr and entered her apartment.