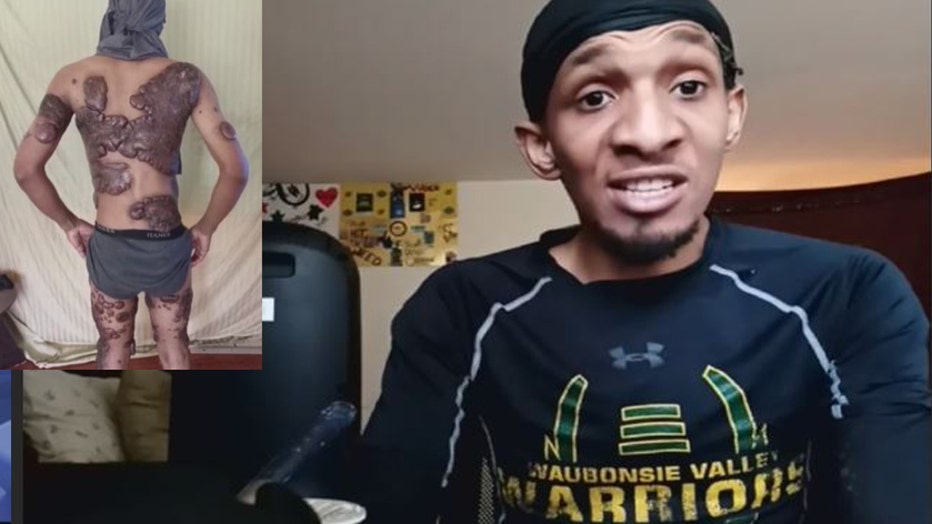 A man is resorting to GoFundMe donations to get surgery to remove the keloids covering his body despite paying for health insurance.

Davontae Stewart launched a GoFundMe asking for financial support to receive the procedure “because my insurance doesn’t cover Keloid surgery’s they consider it Cosmetic,” the petition states.

“It’s hard to even get people to understand what I’m dealing with,” Stewart said.

The scarring started off small during his childhood, Fox 2 Detroit reports.

“Me being a kid, I scratched the chickenpox off and I woke up the next morning, and I had little bubbles over my whole body,” he said.

After a doctor in Detroit suggested that Stewart’s mother have all of the keloids removed at once, they worsened.

“It didn’t work, and they all came back – in stitch form, and they have been getting bigger over time,” Stewart said.

Photos show how the keloids have grown and formed together into large raised scars covering most of his body.

“It’s spiraling out of control; it is already over 75 percent of my body already,” he said. “And it is continuing to grow, and I am scared for my life.”

The scarring has caused his work as a certified nursing assistant to become too strenuous to perform. After becoming a Diesel mechanic at the Universal Technical Institute in Illinois, he also had to quit that job due to physical requirements.

Stewart found hope in the New York Office of Dr. Michael Jones, one of the country’s leading cosmetic and reconstructive surgeons. However, Stewart’s insurance deems the procedure as cosmetic and won’t cover it.

“I am just scared of all of it – it is not that I just have keloids,” he said. “I have keloids and they are continuing to grow.”