Intel and IBM Set the Diversity Example for Technology, And For Us All 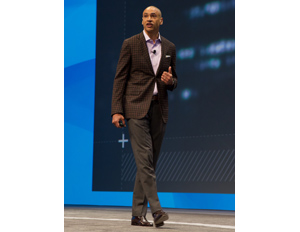 Intel’s CEO just put in place an incredible precedent: Intel will release salary data to ensure all employees are paid fairly in a move to further equality within its walls.

The tech industry has had its proverbial feet to the fire in the demand for more inclusion of women and minorities in its worker base. Tech industry leaders have cried about a lack of talent pool within minority communities, but studies show that is patently false.

This recent announcement by Intel is just one example of how the company has truly made a commitment to furthering diversity.

Last year, Intel announced a $300 million Diversity in TechnologyÂ initiative, a five-year strategy to increase representation of minorities and women in various tech-related industries, including computer science and gaming.

Since then, Intel exceeded its hiring goal for 2015 to increase diverse hiring by 40% to 43.1%. Hires from underrepresented communities increased by 31%.

The company also increased its female workforce by almost 43%. African Americans now make up 3.5% of Intel’s workforce and women comprise 24.5%, outpacing the number of minorities in other large technology companies. Additionally, Intel increased the number of women in leadership roles.

Intel is also playing a role in getting minority startups off the ground. Rodney Williams, an African American tech company founder, received $10 million in a series of investments led by Intel.

Intel’s push for diversity is reminiscent of another company, IBM. Big Blue was one of the first significant tech companies to employ African Americans, including hiring Richard MacGregor, a black employee (in 1911) when IBM was then the Computing – Tabulating – Recording Company (C-T-R); in hiring Evelyn Boyd Granville, who was an IBM programmer in the 1950’s; and with the hiring of black IBM researcher Mark Dean who designed the PC/AT, the follow-on to the original PC, setting the standard for all “IBM – compatible” PCs. Dr. Dean also became the first African American IBM Fellow in 1995.

Other companies include Apple, Google, and Microsoft, which are also launching diversity initiatives and programs, especially ones that support young people of color in pursuing STEM careers.

However, it’s important to remember that IBM was concerned with diversity in technology long before it became a much-discussed topic. In fact, former IBM salesman and now Microsoft chairman John Thompson spoke recently about the support he received from IBM when he faced racism from clients as a salesman on the road.

IBM also has a history when it comes to LGBT workplace equality. As early as 1984, it included sexual orientation in its nondiscrimination policy.

And Intel, especially with this new announcement surrounding salary disclosure, is doing something most companies would never dare.

It’s important to keep up the fight and demand for diversity in tech. But it’s equally as important to acknowledge the companies doing the right things. Â The acts of Intel and IBM are something from which we all can learn.