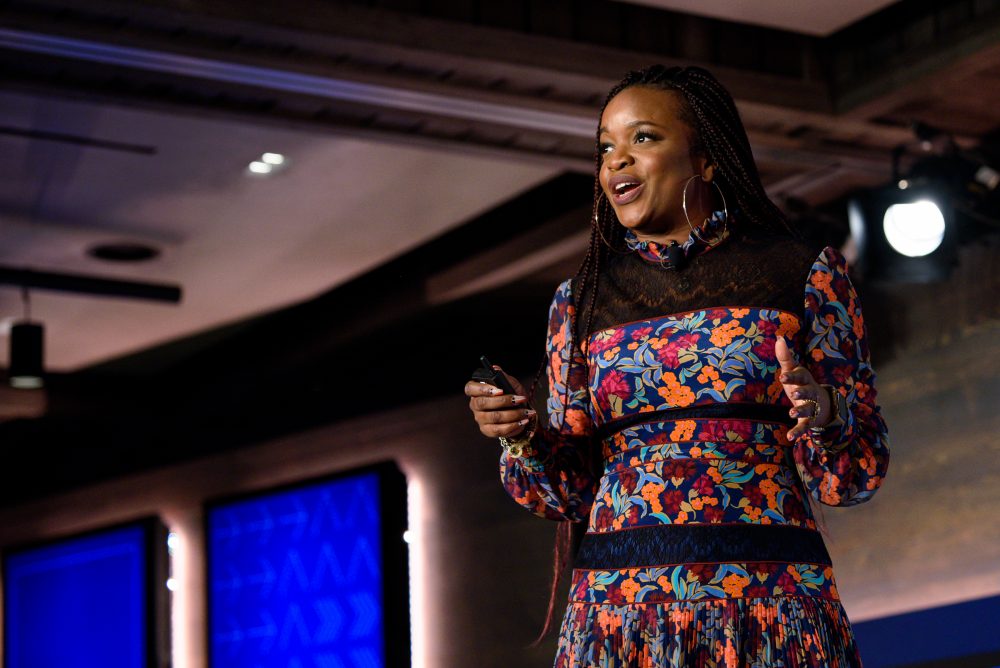 As a woman of color, it seems every day brings with it some reason to shake my head or roll my eyes about the ways black women are disregarded or denigrated, even by some of our white feminist allies (today, I’m looking at you, Bette Midler).

With women’s issues becoming a greater part of our national politics and currently dominating our collective conversations, the word “intersectionality” has come up more often.

In a powerful TED-style talk, activist Brittany Packnett broke down intersectionality for the 200 women leaders in attendance at the recent New Rules Summit.

“It’s a word we often hear but rarely understand,” Packnett said. “Now it seems to be a word on everyone’s lips. … But this concept is not new. Black leaders and thinkers throughout the 20th century provided the foundation upon which starlets now give Emmy speeches.”

Titled “Living at the Intersection,” Packnett’s speech traced the origins of the concept. She started with the teachings of W.E.B. DuBois about the “twoness” that blacks in this country live with. And then weaved her way through modern history to Kimberlé Crenshaw’s 1989 essay, which is credited as the first use of the term.

For more of Packnett explanation of intersectionality and her experience as a woman of color, check out her full talk: