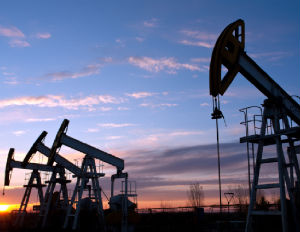 Heard Capital LLC is a Chicago-based investment management firm that invests primarily in telecom, media, technology, financials, industrials, and energy. Founded by CEO/CIO William Heard, the firm operates under the belief is that these sectors are vital to both developed and emerging economies.

BLACK ENTERPRISE spoke with Heard to discuss his investment philosophy and where he currently sees the hot spots for individual investors. Here’s what he had to say:

BlackEnterprise.com: What is it about these six investment areas that make them so appealing to you?

William Heard: I see opportunities because if you think about these six sectors, they all affect factors of aggregate demand. All that means is that at the end of the day, they’ll never go away and are permanent. As a result, there will be periods of innovation, but also periods of disruption. Cycles will also be influenced by the regulatory environment, and problems must be solved — this creates opportunity.

BlackEnterprise.com: Do you look at individual stocks? Are there regions that you look at, geographic regions where you see opportunity? How do you break that down?

Heard: We take a global approach to investing and we invest across the capital structure. The pillar of the strategy is to look at what bias is embedded in the situations and from there interpret what makes sense. Using these signals I will develop a thesis about what is misunderstood and allocate capital accordingly. Figure out what’s misunderstood, and by virtue of being misunderstood, you’re able to identify opportunities because people overreact.

BlackEnterprise.com: Where do you see the greatest opportunity for gains? Is there any one of those six that you think are really poised to make further gains?

Heard: I believe in the energy sector, given the amount of policy driving new and incremental activity. For example, Mexico has a new president and Pemex (the Mexican state-owned petroleum company) is being restructured, and the United States’ desire to be increasingly independent of foreign oil is another factor. As a result the competitive landscape will need to adapt. In addition, continued turmoil in the Middle East and abroad will also affect the geopolitical landscape as well. Our view is these structural forces will drive activity, supply chains will be modified as will activity levels and investment activity; there will be winners and losers.

BlackEnterprise.com: When you talk about energy, are you talking about traditional sources of energy: oil, natural gas? Are you including alternative energies — solar, the wind, and things like that?

Heard: We look at more traditional energy sectors because most of those alternative options are not in mass production yet.

BlackEnterprise.com: The Dow is around the 15,000 level. At this point are you bullish or bearish at this point, and why?