The Importance of Investing in Black and Latino Entrepreneurs 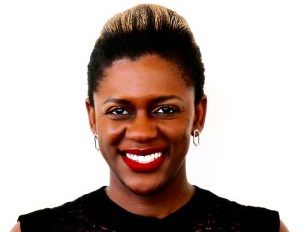 Despite the statistics, black women in the venture capital investing community are starting to be a more frequent occurrence. Additionally, they are working tenaciously to ensure that black and Latino founders get funding, but not for reasons that you may suspect.

Black Enterprise chatted with 500 Startups venture partner, Monique Woodard, who explained why she decided to create a fund, which focuses solely on investing in black and Latino entrepreneurs in consumer categories that are seeing high growth among black and Latino consumers.

Black Enterprise: 500 Startups is one of the most respected accelerators in the world. How did you get involved with them?

Woodard: I’ve been in tech for roughly 15 years; half of that time as an entrepreneur, and the other half inside companies in product roles. I worked in the San Francisco Mayor’s Office of Civic Innovation. There, I worked on open data and municipal broadband access in communities like Chinatown and Bayview. In addition to that, I built an app called Speak Chic. I also founded Black Founders, which I started in 2011, and I am still the executive director of this program.

I was finishing up my work with the mayor’s office while thinking about my next steps, and I started talking to 500 Startups, very broadly, about doing something with them and Black Founders. I started talking about the access to capital piece that I was thinking through [due to my work with] Black Founders, and we kept having more conversations. Eventually, Dave and Christine suggested that I raise that type of fund at 500 Startups.

BE: Why had you specifically decided to focus on black and Latino founders?

Woodard: My deal flow there is very different from others. I have some of the best access to those deals that other early stage venture capitalists don’t have.

Also, the activity is very much demographically and economically driven, according to the data. Black and Latino consumers have $2.5 trillion in consumer spending power. By the year 2044, people of color will be a majority in the U.S. Likewise, in the 18 to 34-year-old demographic, black and Latino [citizens] are outpacing their counterparts.

BE: When you are looking for Black and Latino founders to enter the 500 Startups Accelerator, what are you looking for specifically in terms of metrics?

Woodard: Companies need to have a really solid product on the market–they need to have already launched and seen some kind of traction. When I talk about traction, it is focused around the number of users and, particularly, revenue. Companies must have proof that they have [achieved] a product-market fit and [have the ability to show] that something about the product is working in the market. Additionally, they should have a fully formed, solid team that includes technical talent–that is incredibly important.

So the product, product-market fit, company traction, and a solid team are my top metrics.

BE: Are you searching for black and Latino founders outside of Silicon Valley?

Woodard: I’m location agnostic, so I look at founders all over the U.S. I travel quite a bit, so I’m constantly meeting founders all over. When I think about U.S.-based black and Latino founders, I’m really looking at places that have large populations of black and Latino professionals, like New York, Miami, Atlanta, D.C., Baltimore, Los Angeles, and some parts of Texas.

However, now I’m also looking all over the world, because I’m focusing a little bit more on Africa, too.

BE: What companies have you been instrumental in helping to gain entry into the 500 Startups Accelerator?

Woodard: The first company I brought to the table was Blavity, Morgan Debaun’s company. I hadÂ  known Morgan for a couple of years, and I was always been really excited about her company. I was tracking the way she was growing her company and how she thought about where her company fit, and [I was interested] in what the future of her company entailed. Because I saw that Blavity went beyond just a media platform and [thought] that it was going to be a really big media company, this was one of the first companies that I brought in.

In addition to Blavity, there was also Nicholas Richards’ company, Roho, a video platform for African American spiritual content. There is a huge opportunity for faith-based content, especially when you think about video–African American’s over index the number of hours for videos watched online. Those kinds of trends really spoke to me, when looking at Roho.

There was also Flye, founded by Preston McGee, Dave Thompson, and Alexander Ball, threeÂ extremely tenacious founders that I’ve now known for about a year. I had been tracking their company. I was really excited to see them shift and pivot [until] finding [the right] product-market fit and really taking off, eventually reaching the point in which the Accelerator made sense.

BE: Let’s jump back to the fundraising side. What’s been the most difficult part for you, in terms of raising your fund?

Woodard: The most difficult part for me is two-fold. Venture funds are raised by going out and getting investments from limited partners (LP), that are generally high net worth individuals, fund of funds, university endowments, pension funds, and so on.

When it comes to high net worth individuals, there really aren’t that many from the black and Latino community with experience in LP investing in funds. That makes it extremely limiting when trying to approach people of color that you think would be a good fit for investing in a fund, but they have very little experience and tend to be a little risk averse in regards to their investment strategy.

On the non-black and Latino, high net worth side of the table, there are certainly people who understand the thesis, but I also get a lot of, “Oh, well you should meet this other black person that I know.â€ They are not seeing this fund as something that they should be interested in, because they don’t understand that both the economic and demographic shifts are going to be influencing them, as well.

When it comes to the other institutional LP investors–like pension funds, fund of funds, and endowments–it’s a matter of access. Can I get access to those people, and do I have them in my network–but often, the answer is “no.”

BE: What are your upcoming plans for the future? Is there anything in particular that you look forward to?

Woodard: All is hopeful. I’m looking to do a first close Q1, 2017, and hopefully it will continue to flow on from there. I’ve asked a few people, and they have said that it takes about 18 months to raise a first-time fund of about $25 to $50 million.

If it makes sense, I intend to pipeline the companies I initially helped get into the 500 Startups Accelerator. I’d certainly be interested in looking at their Series A or later rounds, and seeing if they have continued to progress that I hoped they would have. If so, I’d definitely be interested in further investing in them.