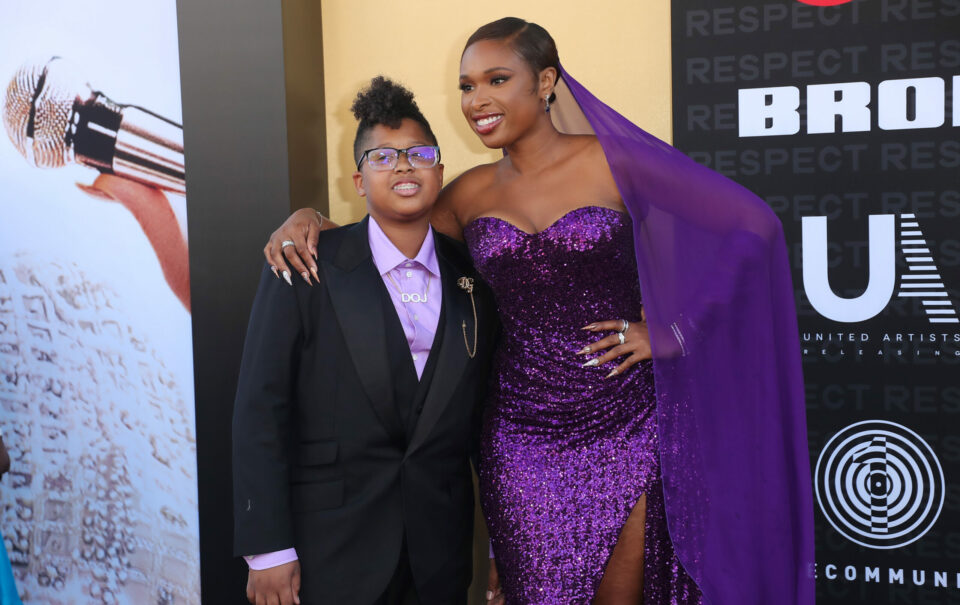 Jennifer Hudson told a story about the time she got schooled by her teenage son when she tried to teach him about the value of money.

On a recent episode of her new daytime talk show, The Jennifer Hudson Show, the EGOT-winning actress and singer revealed that she is an active mother. Mama Hud said she plays “basketball, tennis, you name it” and is involved in all the activities with her babies. She also shared that she likes to lean into the perspective of the younger generation of “new people.”

“You think we’re supposed to teach them, but they be teaching me,” Hudson said.

Hudson told a story about her 13-year-old son, David Daniel Otunga Jr., wanting to go shopping for “gym shoes” one weekend. Hudson said she was shocked to find out that someone had purchased a pair of shoes for $7,000.

Hailing from humble beginnings, Hudson couldn’t fathom the price tag and recalled her early days in Chicago shopping for school shoes in Payless. She revealed that $100 name brand shoes did not interest her. She was satisfied with cheaper shoes because she believed it was her confidence that shined through her school outfits.

“As a kid, my brother and my sister loved gym shoes, and they would get the Jordans and name brands stuff,” Hudson said. “[I said] Mama, don’t worry about me, take me to Payless.”

While shopping with her son, Hudson said he selected a pair of Jordan 11 Retro OVO Grey Snakeskin, which normally amounts to about $20,000 at auctions.

“What do the shoes do?!” Hudson exclaimed to a laughing audience. “What it do? Is it going to drive me somewhere?”

“They need to learn the value is not in the shoe or the name of the shoe…,” she added.

Although the Grey Snakeskin didn’t find a home in the Hudson household, the famed artist picked out another pair for herself. But, her son revealed that they were fake. She was also stunned to discover the power of sneaker authentication.

These lessons aren’t without value as Hudson strives to set an example for her son. Her efforts continue in partnership with Mastercard’s Strivers Initiative which kicked off last year and her participation in the Mastercard’s Strivers Mentor Collective BLACK ENTERPRISE previously reported.