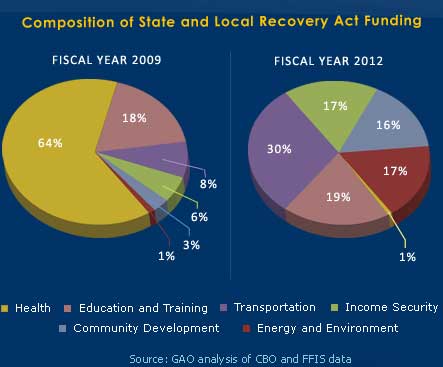 Is the U. S. economy on the mend? As the Obama administration marked its first 200 days in office, there have been mixed reports about the whether the patient is still in critical condition or showing signs of recovery.

Just review last week’s news. The Department of Commerce’s Bureau of Economic Analysis’ report on the gross domestic product revealed that the economy shrank 1% in the first quarter. Although most economists predicted an l.5% contraction, the figure still revealed the weakest quarter in nearly 30 years. And Deutsche Bank delivered bad news to the housing market: its analysts forecast that about half of U.S. mortgages would be “underwaterâ€ — homeowners would owe more than their property is worth — by 2011. And a number of town hall on health care reform across the nation have produced vitriolic and, in some cases, violent debate.

There was a considerable amount of good news though. The government’s Cars Allowance Rebate System– more commonly known as Cash for Clunkers trade-in program–which gives car buyers up to $4,500 for trading in older gas guzzlers for fuel-efficient vehicles, drove July auto sales for manufacturers and dealers which enjoyed their best month in two years. For example, Ford ended 19 straight months of sales declines with a 2% increase. And the U.S. unemployment rate fell in July, producing the most positive result in a year. On Friday, the Labor Department reported that nonfarm payrolls dropped by 247,000 jobs in July compared to the 443,000 positions lost in June. The unemployment rate now stands at 9.4% vs. 9.5% a month earlier — the first decline since April 2008. (The unemployment rate for African Americans fell to 14.5% from 14.7%). The stock market rallied on the news: The Dow Jones Industrial Average jumped 113.81 points, or 1.2%, to close at 9370.07, its highest level in about 10 months. Reportedly, some 130 stocks climbed to 52-week highs.

President Barack Obama responded to recent developments by saying that “we received additional signs that the worse may be behind us…We’re losing jobs at less than half the rate we were when I took office.â€ In a brief statement on the economy from the Rose Garden at the White House, he cited how the Recovery Act had provided tax relief for working families and small business, expanded unemployment benefits and saved jobs while stabilizing the economy. “While we’ve rescued our economy from catastrophe,â€ he says. “We’ve also begun to build a new foundation for growth.â€

As Obama enters his next six months of his presidency, BlackEnterprise.com asked economists, political observers, and congressional representatives whether the $787 billion Recovery Act is stimulating the economy and the president’s economic foundation is on solid ground.

Bernard Anderson, a former assistant secretary of labor during the Clinton Administration and a member of the Black Enterprise Board of Economists, maintains that the president had to take a “big bang approachâ€ in crafting his economic agenda to contend with “a double whammy–an economy in contraction and a collapse of the financial system we hadn’t seen since World War II.â€