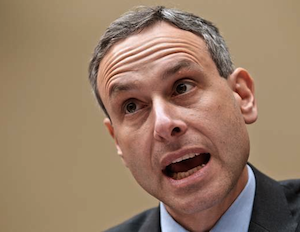 The Internal Revenue Service is usually an organization to be feared, but that doesn’t mean it doesn’t have a heart.

The IRS is the latest to lend a helping hand to those affected by the superstorm that swept through the northeast last week.Â The agency is setting up major tax breaks for those that have helped and those who lent a hand after the storm. These measures come from close observation and review of Hurricane Katrina. After the 2005 storm that decimated the gulf coast, the tax agency reached out to households and businesses to make sure they weren’t even further burdened during the recovery.

Well, the IRS is at it again and in a big way.

For starters, businesses and households will have extra time to file their taxes this year. Those in New York, Connecticut and New Jersey hurrying to file between October and January 15 will now have until February 1, 2013 to file their taxes. This is automatic relief from the IRS, and no contact is necessary if you reside in the mandatory evacuation areas.

Furthermore, if a business has its books and records prepared by a person or organization based in the disaster area, it will have the access to an extension as well. If the home or business affected isn’t covered under homeowners insurance, those affected will have the opportunity to amend their 2011 taxes to claim disaster losses as if they happened last year, which could help the Sandy survivors access bigger refunds faster. Check with a tax professional on how to qualify for disaster loss.

The good samaritans that helped out after the storm will see some assistance as well. People living in low-income housing who opened their doors to Sandy evacuees will see tax credits even if the person who found shelter is not low-income. Reuters reports that anyone in the labor force can donate vacation time or sick leave in exchange for their employer making a cash donation to an qualifying, tax-exempt organizations dedicated to helping Sandy survivors. And, 501(c)3 organizations looking to help out can receive gas reimbursements up to 14 cents per mile. Check with the IRS for details.

Don’t be surprised if Congress steps into the fold to help the IRS help itself. They implemented measures beyond the IRS after 2005, and may do the same if the northeast continues to get battered.