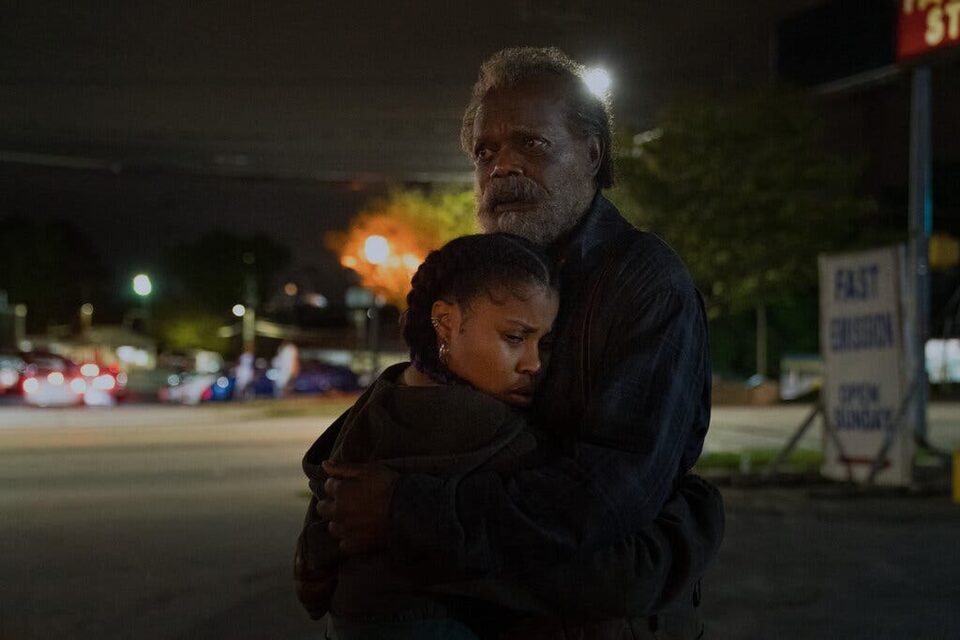 Samuel L. Jackson and Dominique Fishback in "The Last Days of Ptolemy Grey,” via Apple TV+.

The limited series, The Last Days of Ptolemy Grey, based on the 2010 novel of the same name, follows the emotional role of Jackson’s character Ptolemy Grey, who suffers from dementia, and a family preying on his life savings.

When it seems like the end is near for the elderly Atlanta man, two unlikely figures enter his life in hopes of reviving his failing mind, reports the New York Times.

Bringing to mind the classic Flowers for Algernon, a neurologist played by Walton Goggins is developing an experimental drug that will revert dementia to a small degree but will ultimately destroy his brain after a small glimpse of his memory. Dominique Fishback, who plays his caretaker, stands alongside the ailing man in this journey of regaining his life memories in the last days of his life.

Executive producers of the project, the series strikes a chord with both Mosley and Jackson, as they’ve both experienced dementia from affected family members.

When asked who Ptolemy Grey is, the award-winning author offered, “He’s all of us everywhere. This is a destination that either we reach ourselves in our own experience, or with people that we know and love and live with, as far as aging, dementia, and death.”

Upon receiving lucidity, Grey realizes and accepts aspects of his past. However, the plot takes a turn when he assumes the investigation of his nephew’s murder, played by Omar Benson Miller.

“It’s a fairy tale. In reality, there is no cure for Alzheimer’s or dementia, but we get one, however momentarily, that allows him to be clear about everything that’s happened in his life, in a flash,” said Jackson.

The artistic legends stun in this new drama, which premieres globally today on Apple TV+.