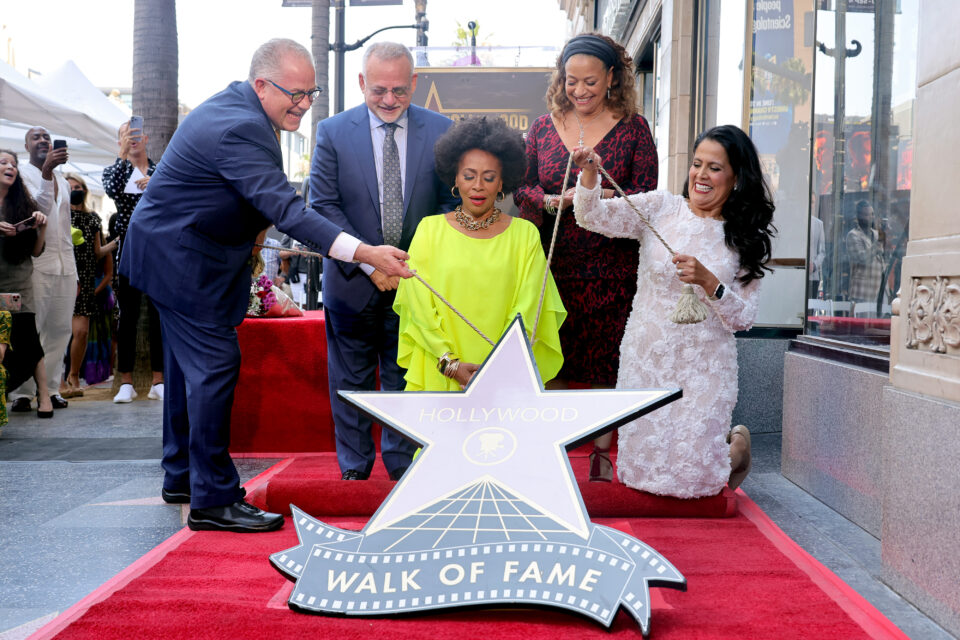 Congratulations are in order! Jenifer Lewis, the self-proclaimed “Mother of Black Hollywood,” has officially received her star on the Hollywood Walk of Fame.

On Friday, the legendary actress, singer, author, and activist was honored in a special ceremony for her impactful mark on the entertainment industry, according to The Shade Room.

The occasion was particularly major as she was joined by some of her friends, including actress and director Debbie Allen, composer Marc Shaiman, singer and actress, Brandy, as well as actress and comedian Roz Ryan.

At the unveiling ceremony, Jenifer stood on the podium with gratitude as she thanked her fans and supporters who had previously expressed that the honor was long over due and about time.

“I want to thank those of who you put those comments on the internet, for loving and supporting me throughout the years,” Lewis said. “But what you don’t know is I just wasn’t ready because I had not done the real work. The real work was off-stage and off camera.”

She continued, “When I was diagnosed with bipolar disorder, somehow I found the strength and the courage to say three of the most powerful words in the English language.” While getting emotional, she went on, “I need help.” She encouraged people to get her book, Walking in My Joy: In These Streets, to learn more about her journey to healing.

Lewis listened with poise, smiles, and laughter as Shaiman and Allen shared stories of pride about the newest honoree. From New York to Los Angeles, it’s pretty clear that Lewis ignited relationships and captured hearts along the way, according to her longtime friends.

“Jennifer can do too much,” Tony and Grammy Award winner, Shaiman, said in his speech. “She is a dramatic actress, but one with impeccable comedy timing. She can sing with fiery passion, but can tell a story that have you doubled over in laughter the next second.”

Allen, six-time Emmy Award winner and 2020 Kennedy Center Honoree, cleverly explained just how Lewis is a star, in part, because she “emanates energy, light and mystery.”

“Jennifer is out reach for most people because she is moving like the universe with a swiftness,” Allen continued. “Things happen in their own time and things happen they’re supposed to be. And this moment right now is a great moment for all us to share with Jenifer that she is joining the ranks and her name leaves an indelible mark for time, generations.”

During Lewis’ speech, Brandy and Roz Ryan harmonized with the “Dig A Little Deeper” singer on one of her key coin-phrases, “In These Streets.” They also brought the vocals to Hollywood boulevard with Lewis’ version of Sweet Brown’s “Ain’t Nobody Got Time For That.”

Check out her full ceremony here: