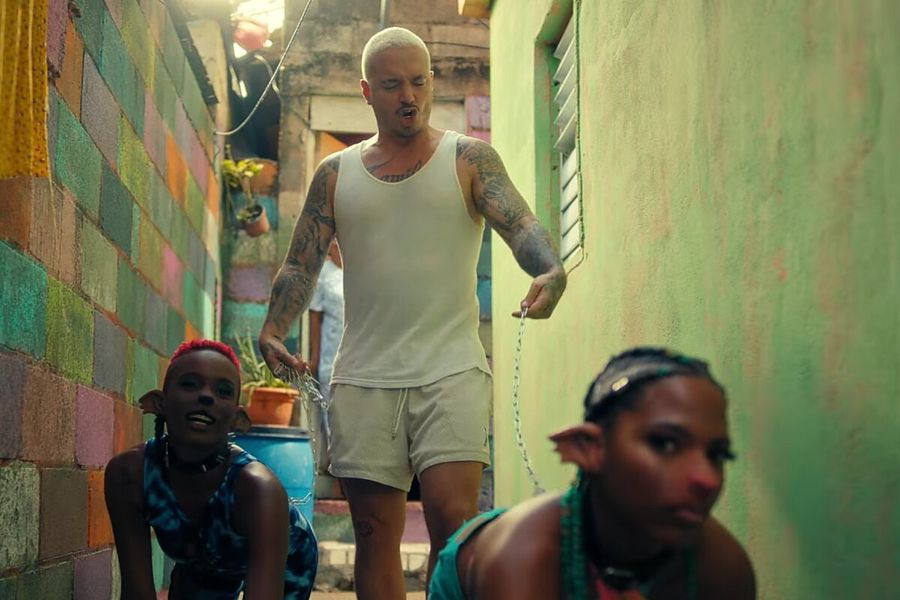 The Colombian singer and rapper J Balvin issued an apology after receiving backlash for his new music video.

Balvin’s new song “Perra” —the Spanish word for a female dog or a “bi*ch,” the track contains lyrics that refer to a dog being in heat. Featuring the Dominican artist Tokischa, the song and video drew criticism from those who felt it contained sexist and racist imagery, E! News reports.

In the since-deleted video, Balvin was seen walking two Black women on dog leashes while other Black actors were made to resemble dogs inside cages. Shortly after releasing the visuals, the vice-president of Colombia, Marta Lucía Ramírez, blasted Balvin’s latest release calling the video “sexist, racist, machista, and misogynistic,” Billboard reports.

After coming under fire even after the video was taken down, Balvin apologized to all who were offended and even his mother.

“I want to say sorry to whomever felt offended, especially to the Black community,” Balvin said in a video posted to his Instagram Story. “That’s not who I am. I’m about tolerance, love and inclusivity.”

I also like to support new artists, in this case Tokischa, a woman who supports her people, her community and also empowers women.” Balvin continued, “As a form of respect, I removed the video eight days ago. But because the criticism continued, I’m here making a statement. Mom, I’m sorry too. Life gets better each day. Thank you for listening to me.”

.@JBALVIN apologizes for the video of "Perra" with #Tokischa. “My message has always been tolerance, love and integration,” he adds. pic.twitter.com/bXOzXv9MVf

Tokischa, who is Black, also apologized while speaking to Rolling Stone.

“I’m truly sorry that people felt offended,” Tokischa said. “It was very conceptual. If you, as a creative, have a song that’s talking about dogs, you’re going to create that world.”

The track is included on Balvin’s latest album, Jose, released last month on Sept. 10. But it looks like Balvin will have to go back to the drawing board before releasing another single. Balvin is known for his Cardi B-collaborated hit, “I Like It.”