Some Concerns With Possible Omissions in Jackie Robinson's '42' 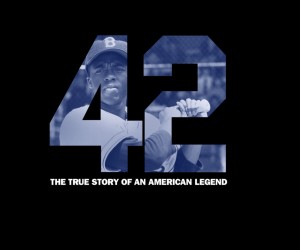 As we all know with any story told, especially in movies, there may be elements left out, whether for editing purposes or to shorten a long film. Or maybe because the filmmaker didn’t feel the importance of the facts left out, either way, it happens.

The Nation‘s Dave Zirin feels that there will be elements left out but promises he’ll watch ’42’ with an open mind, but it doesn’t quell his concerns.

One example he feels will be left out is that Jackie Robinson was a registered Republican, which may be damaging to both sides.

This is one concern, but, he raises several others which are, in itself, interesting.

To see the other concerns visit The Root

FacebookTwitterYoutube
← Check Out Some Stills From The Jackie Robinson Biopic ’42’ ← Brittney Griner and Mark Cuban: 5 Financial Reasons He’s Serious About Drafting Her
×