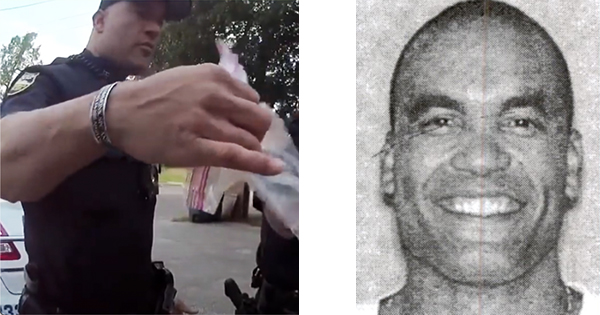 Jacksonville Sheriff’s Officer, Alejandro Carmona, was arrested for online child solicitation in March, and it was veriﬁed that he is the same officer involved in the police brutality case that made headlines last year after police broke a Black woman’s teeth in May 2020.

Alejandro was released on bail in March but was re-arrested on Friday, Apr. 22, after another teen boy came forward with sexual allegations against him.

The Clay County Sheriff’s Office (CCSO) announced on Mar. 16, 2022, that 47-year-old Alejandro Carmona is charged with a child sex crime after sending nude images to an underage boy. A tip was sent to CCSO in February 2022 that Carmona met and befriended the victim at a gym in Clay County and began sending nude images from his smartphone over Snapchat.

Now officer Carmona, with the Jacksonville Sheriff’s Office (JSO), is additionally charged with one count of online solicitation of a child, four counts of possession of child sexual abuse material and one count of unlawful use of a two-way communication device, all of which are felonies, in this case, according to the arrest warrant obtained on Friday.

“This all could have been avoided if the police in my case were held accountable for what they did to me,” says Moore.

In May 2020, Carmona randomly parked in Brittany Chrishawn Moore’s driveway and refused to leave when she asked. Moore, 31, was the owner of the property and called 911 for help when Carmona would not leave and began to yell at her. Her call for help resulted in her teeth being broken by JSO police after they entered her home without a warrant and arrested her on battery charges that she was later found not guilty of.

“Her attorneys argued…neither [officer] Padgett or Carmona were engaged in their official duties as officers…Carmona was trespassing on her private property. Meanwhile, Padgett unlawfully entered Williams’ residence without a search warrant to make the arrest, and there were no exigent circumstances to justify the deputy’s entry,” Atlanta Black Star reported in April 2021.

Since the conclusion of Brittany Chrishawn Williams Moore’s case, it has been discovered that Carmona had numerous amounts of complaints against him prior to his encounter with her.

“In his 15 years as a Jacksonville Sheriff’s Office patrolman, Alejandro Carmona-Fonseca racked up 28 complaints from his superiors and citizens, according to his Employee Administrative Investigation History,” the Florida Times-Union reported.

JSO reports it has suspended Carmona, and that the department is working to ﬁre him.

Brittany Chrishawn Moore is currently working on ﬁling her lawsuit against the Jacksonville Sheriff’s Office.

“I’ve been praying for justice every day since my incident with JSO police. I’m glad things are ﬁnally coming to the light, and I hope Carmona doesn’t get away this time.”