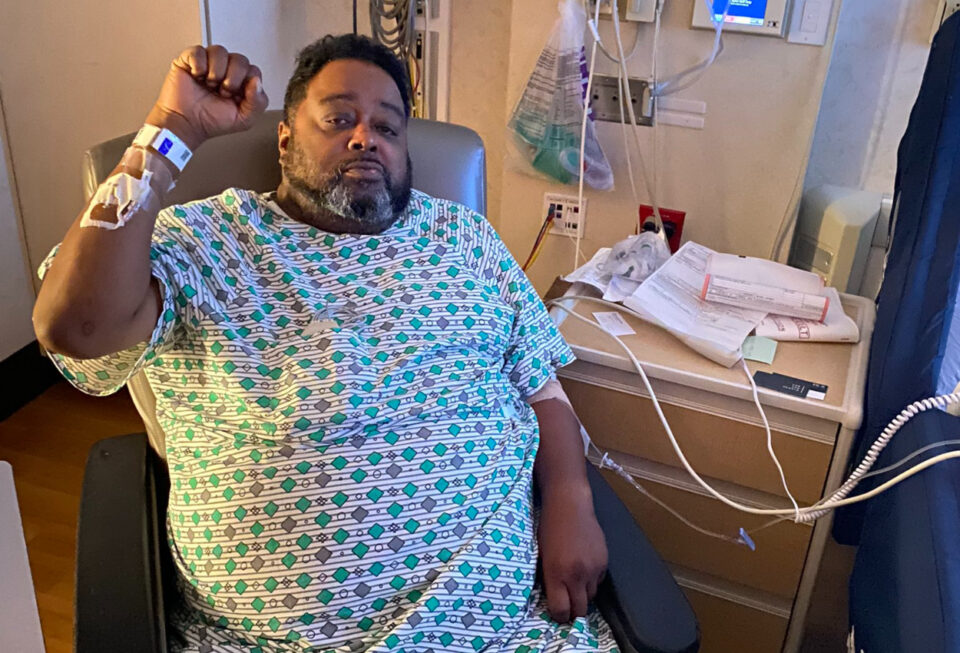 Jacob Blake Sr., the father of Jacob Blake Jr., was hospitalized last week after being aggressively detained by police during a protest for Jayland Walker.

Blake Sr. was among the protestors who gathered in Akron, Ohio, on Wednesday to protest the killing of Walker by officers who shot him over 60 times, Journal Times reports. Blake Sr. traveled from Kenosha, Wisconsin., where his son was paralyzed after being shot seven times by Kenosha Police officer Rusten Sheskey in August 2020.

By Wednesday evening, Blake Sr. was hospitalized after being detained during the protest. Blake Sr.’s brother, Justin Blake, says his brother has several health conditions, including heart problems, that increased with his encounter with the police.

“They were making a statement, and they used all these people as examples,” Justin Blake said.

“They’re showing they are a brutal police force.”

On Thursday, police issued a warrant for Blake Sr.’s arrest on charges of rioting, resisting arrest, failing to disperse, and disorderly conduct.

Blake Sr. returned to the protests the same day, spoke out against the police claims, and encouraged protestors to stay vigilant in their demonstrations against police brutality and misconduct.

“They beat me into a seizure. I don’t know what happened next,” Blake Sr. said. “When I woke up at the hospital, I woke more determined than ever.”

“We cannot let fear dictate what we do,” he added.

Jacob Blake Sr the father of Jacob Blake is out of the hospital. He said he's doing okay, and he's In good spirits. pic.twitter.com/JrnnoNQM2S

Several family members of police shooting victims were present for the demonstrations, including Blake Sr., Samaria Rice, the mother of 12-year-old Tamir Rice who was fatally shot by police in Cleveland, Ohio, in 2014 while playing with a toy gun at the park.

Also arrested at the protest was Bianca Austin, the aunt of Breonna Taylor, a 26-year-old EMT (emergency medical technician) who was shot and killed in her apartment by Louisville police in 2020.

The current protests are in response to the fatal police shooting of 25-year-old Jayland Walker, who was killed after a car chase on June 27.

Medical coroners say he was brought to them with handcuffs still on and had at least 60 wounds across his body, although it’s uncertain how many were exit and entrance wounds.