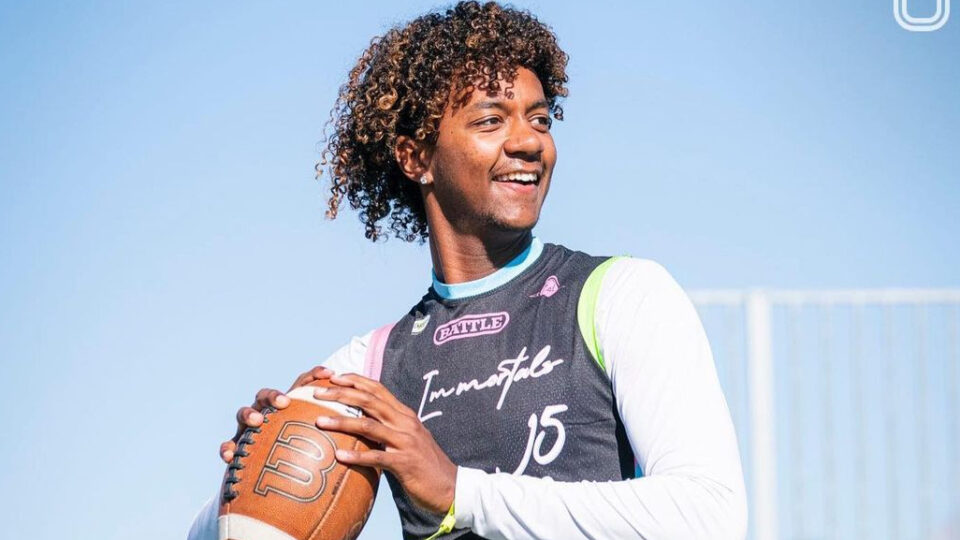 A high school quarterback has allegedly signed the most lucrative NIL (name, image, and likeness) deal in history. But he is drawing controversy after denying that the commitment to the college is based on his NIL compact.

Heavily recruited Jaden Rashada signed a NIL deal to play at the University of Miami, according to On3.

Yet, after rumors surfaced that Rashada chose to attend the University of Miami after being offered a large financial deal, he took to social media to hit back and dispute that claim.

“Any report regarding my commitment to the University of Miami is false unless I was interviewed directly,” Rashada asserted.

He explained, “All reports of my decision involving a NIL deal is inaccurate. I would never make a life/career choice for any monetary value. As I stated in my commitment live on TV, I chose Miami because of the relationship I have with the coaches, players, and the direction the program is headed. I wish not to address the false reports again as this is a time I wish to celebrate my college commitment and my commitment to my current team and teammates as we look forward to our dream of winning a state championship. At this time I request no interviews.”

The high-ranked football player announced his decision several days ago and posted a photograph of him in a University of Miami uniform as a background on an Instagram post.

After reports that Rashada had agreed to a NIL deal with Miami mega-booster John Ruiz for $9.5 million, the future college player left a statement on his Twitter account.

Want to Address this as rumors are flying around🚨: pic.twitter.com/1sLTfc1lw3

It was also reported that Rashada turned down an offer from Florida’s Gator Collective for an alleged $11 million.

Ruiz also made a statement via Twitter denying having anything to do with Rashada’s decision.

The report by https://t.co/QAEr6VfrG1 is inaccurate as it relates to Jaden Rashada.I have never spoken to Mr. Caspino about Jaden Rashada. Mr. Caspino and I spoke about an unrelated player months ago and had a very professional and pleasant conversation. I respect him.

Michael W. Caspino, an attorney representing Rashada, also said that he left millions on the table to sign with Miami.

“Jaden left millions on the table,” said Caspino. “Millions. He did not pick the highest offer. He went there because he loves Miami, the coaches, and the opportunity.”