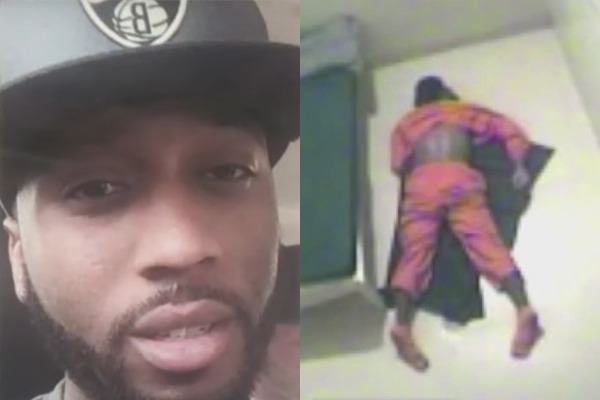 A jail nurse’s persistence after she claims to have “witnessed a murder” led to an FBI investigation into the death of Hardell Sherrell.

Minneapolis Nurse Practitioner Stephanie Lundblad was the only reason Sherrell received any type of medical attention ahead of his death inside Beltrami County Jail in August 2018, KARE 11 reports. Jail personnel was under the impression that Sherrell was faking the state of paralysis he endured inside the jail after walking in a healthy man.

“He couldn’t even stand up. He could barely talk. He could still cry,” Lundblad said of Sherrell’s ailing health. “It looked like a man who was suffering, that was sick. That was dying.”

She continued. “We treat animals in kennels better than he was being treated,” she said. “I knew that if he didn’t receive medical care immediately that he probably wouldn’t make it.”

After pressuring jail staff to send him to the emergency room, doctors returned him to authorities after determining he was just fatigued. The next day, Sherrell was found dead inside of his jail cell.

“I felt like I had witnessed a murder,” Lundblad said. “I want justice for Hardel. I want what happened to Hardel to never ever happen to anyone again. I want accountability.”

The neglect leading to Sherrell’s death was first reported in the letters Lundblad sent to the state Department of Corrections (DOC), Minnesota Board of Medical Practice, and the state Board of Nursing. However, DOC Commissioner Paul Schnell later admitted that the department received Lundblad’s complaint, but it somehow managed to slip through the cracks.

“Hardel Sherrell walked into the Beltrami jail, and let me put emphasis on ‘he walked,’” she said. “Nine days later he left in a body bag.”

After looking at 1,000 records and jail videos they determined there were “regular and gross violation of Minnesota Jail standards.” Hardel’s mother has since filed a federal lawsuit against the Beltrami County Jail, MEND Correctional Care, who is responsible for the care of inmates across the country, and Sanford Hospital, where he was discharged back into the care of the jail. All three entities have denied wrongdoing.

However, the lawsuit, Perry’s protests, and Lundblad’s written complaints were enough to launch an FBI investigation into the Beltrami County Jail. There is also a movement to pass statewide reform measures that would require jails to properly care for inmates.

“Hardel should be here today,” Perry said. “Hardel died a senseless death. Egregious. They let that baby lay on that floor, a cold jail floor.”