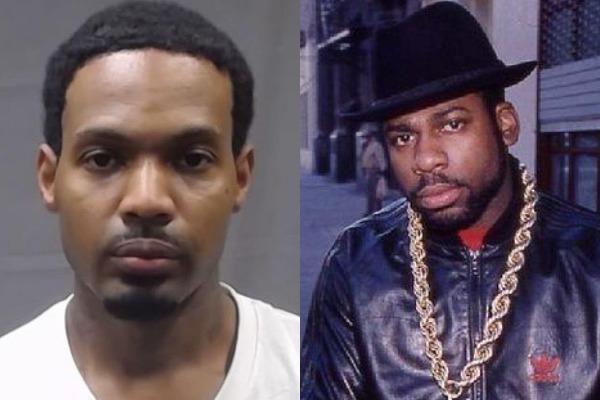 Prosecutors say the man accused of killing Run-DMC’s legendary DJ Jam Master Jay recorded a music video in front of a mural painted for the legend after his death.

According to the Associated Press, defense attorneys for Karl Jordan Jr., who is suspected of killing Jam Master Jay in his studio in 2002, are trying to get their client released on bail. In court papers, prosecutors have stated they are against the move.

The video is one of the examples the attorneys used to prove Jordan is a danger to the community. In the song “Silver Spoon,” the suspect openly touted his prowess in dealing drugs and owning guns as he rapped in front of the mural painted for Jam Master Jay in Queens, NY.

They used his own lyrics against him

“I wasn’t born with no silver spoon…I had to grind, grind and get it out the pot…and get it off the block…get it off the rock.” In the next verse, Jordan said that he “hustles hard, like the mob, a dealer serving hands like they cards.”

Prosecutors filed the paperwork earlier this week in a federal court in Brooklyn, New York.

Jordan’s defense attorneys are asking the court to release him on a $1 million bond. They claim there are “credible witnesses who will testify that he was at their home at the same time as the alleged murder.” They are also petitioning for his release as health issues put him at high risk for contracting COVID-19.

Prosecutors say the would-be alibi witnesses aren’t credible. They also said that Jordan is “a healthy 39-year-old man…who remains unvaccinated, despite widespread availability of the vaccine“ at a federal jail.

If convicted of killing Jam Master Jay, Jordan faces a minimum of 25 years in prison.

Jam Maser Jay was one-third of Run-DMC, which helped catapult rap into the mainstream with an array of hits in the mid-1980s, including “Walk this Way,” “It’s Tricky,” “Peter Piper,” and “Rock Box.”