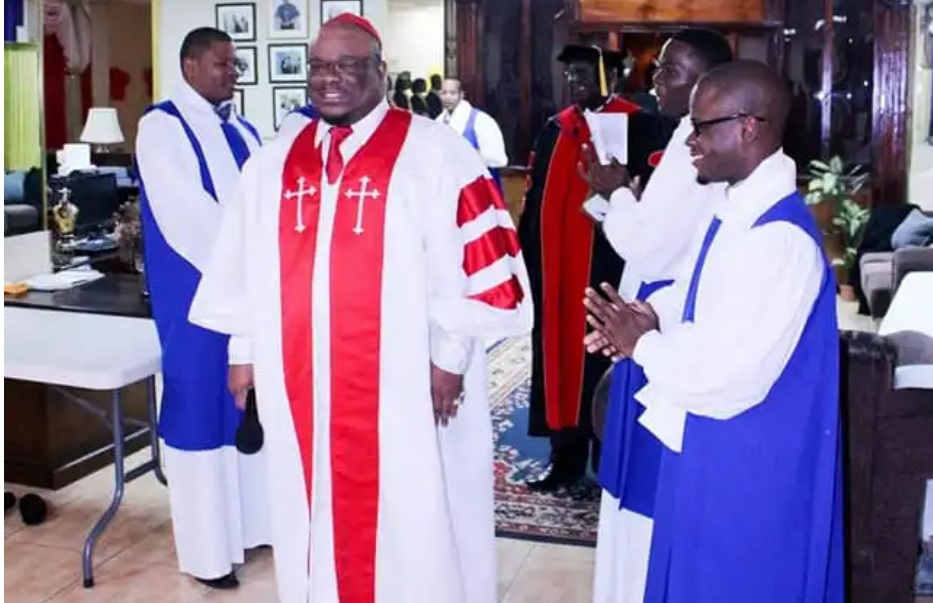 A pastor in Jamaica who was embroiled in a controversial suspected ritual killing where some individuals were believed to be human sacrifices has died in a police car crash.

The Jamaica Observer reported that Kevin O. Smith, pastor for the Pathways International Kingdom Restoration Ministries, died  while being transported by the police along the Bog Walk bypass in St Catherine. A policeman also died while two other cops were critically injured in the collision that took place at about 9:30 a.m. Monday.

Smith was being taken to the police station to be formally charged in connection to suspected ritual killings.

Head of the Jamaica Constabulary Force (JCF) Corporate Communications Unit (CCU), Senior Superintendent of Police (SSP) Stephanie Lindsay said two of the suspects in the double murder investigation in St James were being transported to Kingston in two cars escorted by police officers. One of the vehicles transporting the suspects realized that the other car had overturned after hearing a crashing sound.

“We are not sure exactly what transpired. What we know is that from the vehicle that was overturned, there were four people that were seriously injured and two of them succumbed to their injuries,” she said.

Late last week, Smith and 41 members of his St. James Pathways International Kingdom Restoration Ministries near Montego Bay were arrested after two people were killed in what the church’s pastor called “a Roman Catholic sacrifice.”

Jamaican police were alerted by a woman who had been physically harmed for disobeying the church, The Sun reported. Authorities say the ritual took place after approximately 50 members of the congregation had participated in two days of fasting in preparation for a “Noah’s Ark” redemption journey. They had been told by Smith to arrive dressed in all white, leaving their phones at home, wrapped in aluminum foil.

According to sources, Smith believed the church members were the victims of “bloodline pollution caused by witchcraft,” which was causing “sex dreams”; he intended to purify them through a bloodletting ceremony. Before police entered the building, one man and one woman had their throats slashed by the pastor as he was assisted by another member of the church, believed to be a police officer.