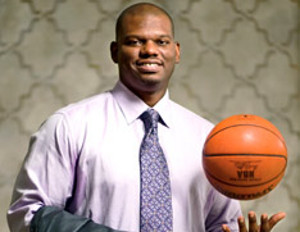 Former pro basketball star Jamal Mashburn is ready for a new game. The New York native who played basketball as a forward with the Dallas Mavericks and the Miami Heat is going to try his skills in the advertising world.

It’s not the ex-baller’s first brush with business. After retiring from the NBA in 2004, he opened various business.

His partner in the latest venture is Jonathan Sackett and the name of the company is Mashburn Sackett agency in Chicago. Mashburn is chairman and Sackett, who most recently was a senior partner at ad firm Ogilvy & Mather, is President/CEO. Ten people are on staff.

The agency is much-needed as there are 0nly a handful of black-owned ad firms in existence. But for Mashburn the transition from sports to business isn’t that odd.