Mike Tyson Says Jamie Foxx Will Play Him in Biopic 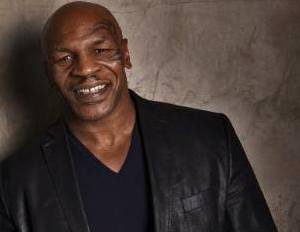 According to The Guardian, Mike Tyson says he is in discussions with Jamie Foxx to have Foxx play Tyson in a biopic. Tyson would be portrayed in different stages of his life through the magic of CGI (Computer-Generated Imagery).

“Me and Jamie Foxx are in discussion, and we gonna do it,” said Tyson, 48. “Within a year to 18 months, we’re going to do the Mike Tyson story and he’s going to portray me, and now they have this new animation; because you know Jamie’s pretty much my age so he can’t portray me but they have this new system.”

Jamie Foxx has previously stated publicly that he wanted the chance to play Mike Tyson, as he has done sketches portraying him.