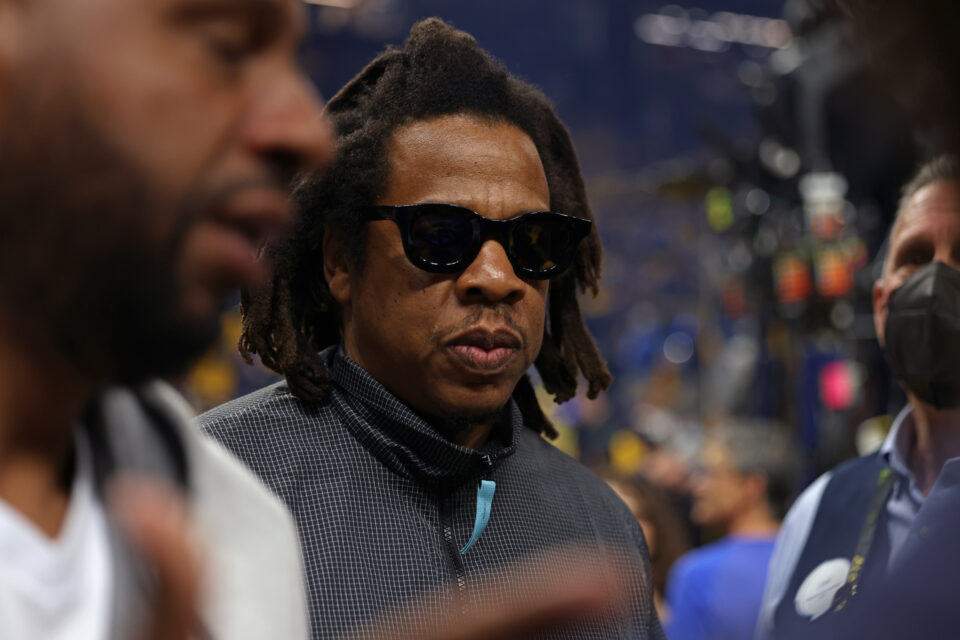 Jay-Z at Game 2 of the 2022 NBA Finals (Photo: Mercedes Oliver/NBAE via Getty Images)

Bacardi strikes back! The partnership between hip-hop billionaire Jay-Z‘s SC Liquors and Bacardi appears to be coming to a messy end.

Jay-Z is partners with Bacardi through the cognac brand D’Usse. According to TMZ, the controversy came after the Empire State of Mind lyricist questioned the amount of money the cognac brand made.

In court papers, Bacardi’s subsidiary, Empire Investments, stated that Jay-Z and the company had a “handshake deal” last December where Empire Investments agreed to purchase his 50 percent stake in the cognac brand. Now, the company claims that the rapper “abruptly reneged on its agreement and doubled its demanded valuation.” No amounts were revealed.
Empire Investments revealed in court documents that Jay-Z was given more than 800 pages of financial records to review. Last month, it was reported that the J to the Izzo rapper, who has been 50/50 partners with Bacardi since 2011, requested that Bacardi hand over all financial books and records relating to D’Usse.SC Liquor also asked for the location of all associated warehouses keeping the brand’s barrels, bottles, and accessories in inventory. Within that demand, SC Liquors requested all information concerning Bacardi’s physical inventory and its inventory process. The lawsuit stated that SC Liquor needs to “monitor the conduct of [Bacardi’s] business to protect SC’s rights as” a partner in the company.

A hearing is scheduled for Friday, November 4 in New York.Jay-Z is doing fine with his other liquor brand, Ace of Spades. Last year, he sold a 50 percent stake in the champagne to Louis Vuitton Moët Hennessy.

The business acumen of Jay-Z has been particularly stellar as of late as BLACK ENTERPRISE reported that he is the wealthiest rapper on the list of Hip-Hop’s Wealthiest Artists of 2022 with a reported value of $1.5 billion, the highest he has accumulated since becoming part of the billionaires club.