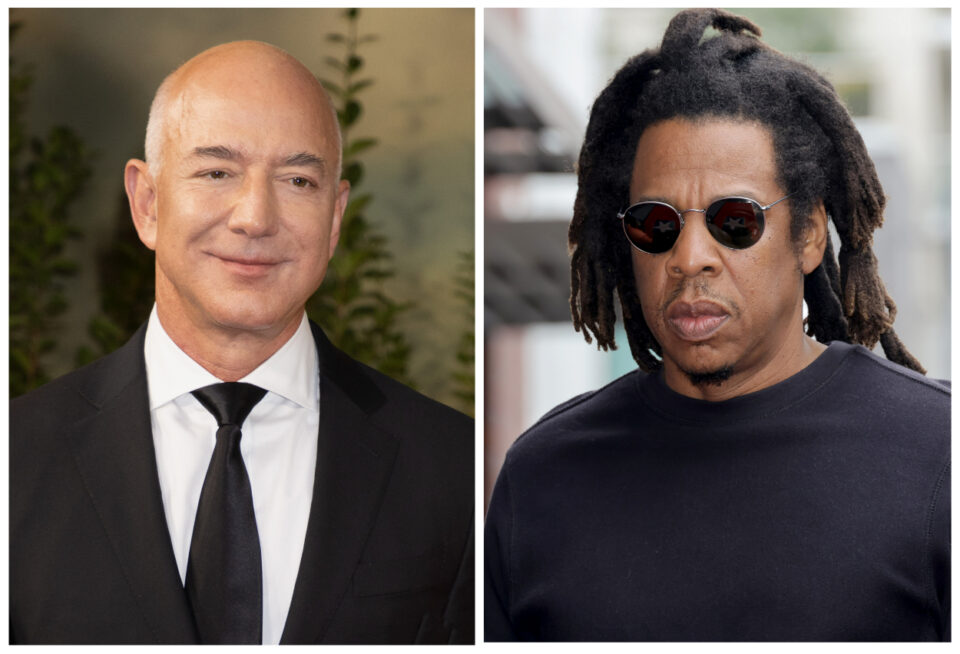 Hip-hop billionaire Shawn “Jay-Z” Carter has had his eye on becoming an owner of a sports team for several years.

He once had a minority stake in his hometown Brooklyn Nets franchise. With rumors of the rapper teaming up with Amazon founder Jeff Bezos popping up recently, the pair were recently seen in Los Angeles breaking bread together.

According to TMZ, a secret dinner meeting transpired between the two billionaires in L.A. that reportedly was a two-hour affair.
The recent announcement that Washington Commanders owner Daniel Snyder is about to take bids to sell the franchise has several potential buyers salivating at the thought of obtaining ownership of the National Football League team.
The two men were seen at a restaurant named Horses near the Sunset Strip at around 7:30 PM several days ago. The eatery was closed, but the owner opened the venue for the potential partners.
Commanders owner Synder recently announced that he had hired Bank of America to explore the possibility of selling his team. With the news being carefully placed out for public consumption, Snyder is alleged to want upwards of $7 billion for the team.Jay-Z, the wealthiest hip-hop artist in the world with a net worth of $1.5 billion, will join up with Bezos, whose fortune is worth $114 billion, making him the fourth wealthiest man on the planet. With that type of value, it may be impossible to place a higher bid than what Bezos can put out there. The Washington Commanders is reportedly valued at $5.6 billion.

But the potential sale of the team won’t be made without competition.

Byron Allen has already made a statement saying he is ready to make his bid to take the team off Snyder’s hand. According to Wealthy Gorilla, the owner of the Allen Media Group is reportedly worth more than $500 million,