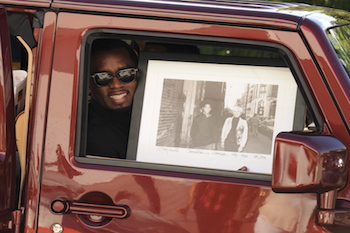 One of the most important and influential artists of the late 20th Century, Jean-Michel Basquiat is synonymous with the growing entrepreneurship of a generation.

His name is shouted out by millionaire rappers. His artwork is cherished by those inspirational in their own industries. People would have wondered how the young artist would have felt about his global iconic status, but sadly he didn’t live to continue his tale.

“Downtown 81” was made in 1980-1981 when Basquiat was struggling to make ends meet. The low budget experimental documentary was directed by Edo Bertoglio (“Face Addict”), written and produced by Glenn O’Brien (“TV Party”), and captured Old New York in then-real time.

The film became cherished by the world’s stage when it made its premiere at Cannes Film Festival in 2000.

“Downtown 81” has been rarely seen since that day, but now millions will get a chance to see it since it has been remastered and restored. The film will be available via digital VOD (Video On Demand) on June 24 through Music Box Films and Submarine Deluxe.

Watch the trailer for yourself below: