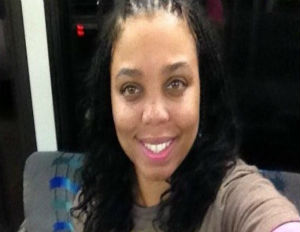 ESPN sportscaster Jemele Hill posted a letter on Twitter that she received after appearances on “The Herdâ€ with ESPN radio host Colin Cowherd. The letter contains racist and sexist language directed at Hill.

Hill is a columnist for ESPN.com, and also makes appearances on other platforms for the network, such as ESPN radio and television shows such as First Take.

The letter, which was embedded in her tweet says among other things: “I don’t like women sportscasters, let alone b***h jungle bunnies….This spear-chucker needs to go away.”