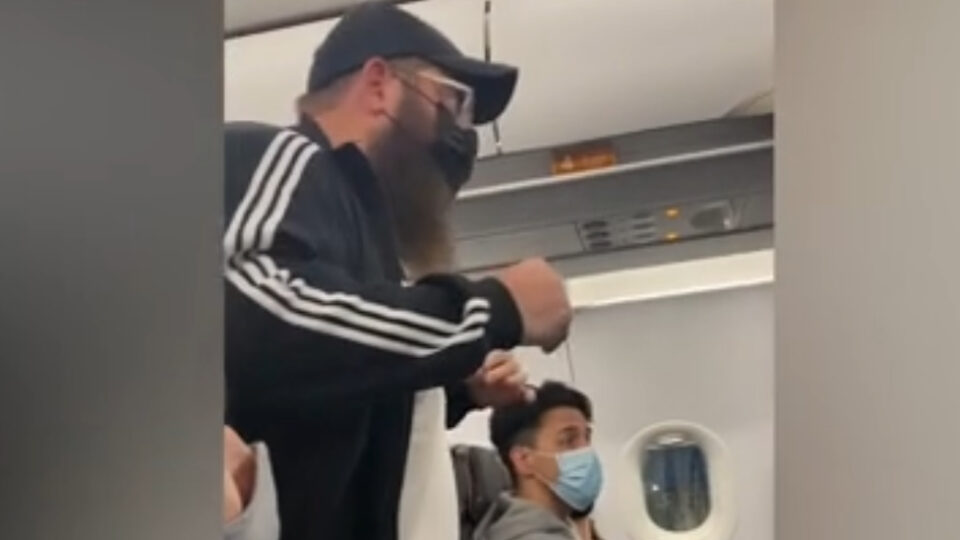 An airplane heading to John F. Kennedy Airport in New York City was rerouted to Newark Airport in nearby New Jersey after the crew made several attempts to land the aircraft due to inclement weather.

Passengers were scared and exhausted from having to be in the air, and a video shows the panic and anguish they faced on the flight.

According to The New York Post, passengers on a JetBlue flight last Friday were seen on video pleading with the crew to allow them to get off the plane. The frustration of several passengers was evident as two men advocated to get off the aircraft. As the men speak to JetBlue personnel, other passengers join in, complaining about staying aboard the plane.

The plane had gone to Newark Airport to wait for the weather at JFK to clear so the plane could head back to the Queens, New York airport.

One passenger wanted to get off the airplane so bad that he told crew members that they could arrest him if need be. He told them, ‘I’m not going back in the air,’ as the crew member tells him that the turbulence made it unsafe to land.

Another man interjects and tells them that his kids are panicking.

My kids are panicking,” the man says. “We gotta get off this plane. It’s dangerous! We tried to land four times already … we’re scared to fly; we wanna get off! I don’t want to go to jail, but it’s not right.”

In an email sent to The Post, JetBlue spokesman Derek Dombrowski stated that Flight 1852 was diverted to Newark Liberty International Airport “due to weather” at JFK.

“Without proper customs processing available for the flight at Newark, the aircraft remained on the ground for 60 minutes and once the weather cleared departed again for JFK where it safely landed.”

Despite the complaints from the passengers, JetBlue reportedly only offered passengers $50 in-flight credits for the inconvenience.