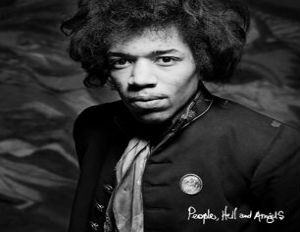 An album of 12 previously unreleased recordings by legendary guitaristÂ Jimi Hendrix will be released on March 5th 2013, Rolling Stone reports.

The album calledÂ People, Hell and Angels contains material produced during 1968 and 1969, material he worked on separately from the Jimi Hendrix Experience LP.