Joe Clark, the Principal Portrayed in ‘Lean on Me,’ Has Died At 82 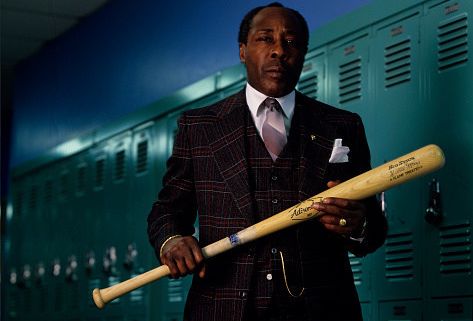 Joe Louis Clark, the imposing principal and subject of a 1989 film that featured his disciplinary leadership, has died at the age of 82, according to his family.

Clark, who was portrayed by esteemed thespian Morgan Freeman in the 1989 movie Lean on Me, was known for wielding a baseball bat and bullhorn throughout the halls of Paterson, New Jersey’s Eastside High School. His commitment to his students was well-noted when he became the principal of the notorious crime and drug-ridden institution.

Upon arriving at Eastside High, he had expelled 300 students for such activities as fighting, vandalism, abusing teachers, and drug possession. Those who remained at the school were given high expectations as he continually challenged them to perform better. As the principal roamed the hallways with a bullhorn and a baseball bat, his unorthodox methods brought attention from both admirers and critics nationwide.

Before being depicted in the highly acclaimed film, President Reagan offered Clark a White House policy advisor position. He declined the president’s offer to continue his dedication to his students. Clark also appeared on programs including 60 Minutes and The Arsenio Hall Show and was even featured on the cover of TIME magazine.

Furthermore, he penned the book Laying Down the Law: Joe Clark’s Strategy for Saving Our Schools, which goes into detail about his methods for turning around Eastside High School and how they can be applied to combat crime, permissiveness, and academic decline in schools nationwide.

A longtime resident of South Orange, NJ, Clark had retired and moved down to Gainesville, Florida. He was at home and surrounded by his family when he succumbed to his long battle with illness on Dec. 29. His wife Gloria precedes him in death. He leaves behind his children, Joetta, Hazel, and JJ, and grandchildren, Talitha, Jorell, and Hazel.