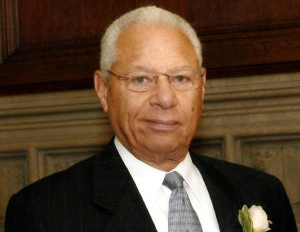 The New York Times has reported the death ofÂ one of the nation’s first African-American publishers of a general circulation daily newspaper, John L. Dotson Jr.

Dotson, who led Ohio’s Akron Beacon Journal to a Pulitzer Prize for a series on race relations, died of mantle cell lymphomaÂ onÂ Friday at his Colorado home. He was 76.

Dotson spoke openly about the pressures on black executives in the predominantly white publishing world.

“When I came along, I would get up in the morning and I would put on this armor and go to work,â€ Dotson told the Times in a 2000 interview about the Beacon’s Pulitzer Prize-winning series, “How Race Is Lived in America.â€

He is survived by his wife, Peggy; two sons, John and Christopher; a daughter, Leslie Van Every; a brother, Ronald; a sister, Beverly Spidey; and eight grandchildren.