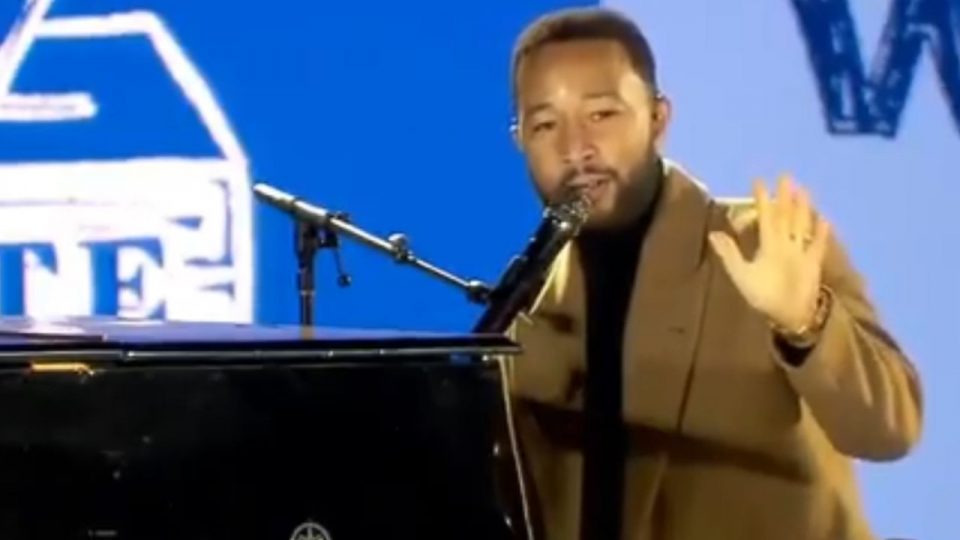 Black celebrities, artists, and athletes have been using their platforms to encourage people to vote in the 2020 election in light of the rampant racial strife and injustice around the country. John Legend, who has been a strong advocate for Black empowerment through civic engagement throughout his career, reminded people to vote for the Biden/Harris presidential ticket at a campaign event in Philadelphia on Monday. During the event, he lambasted President Donald Trump for his greed and called his “Platinum Plan” for Black folks nothing but “fool’s gold.” He also took a swipe at rappers like 50 Cent and Lil Wayne who have come out in support of Trump in the past several weeks.

“We need a president we can trust. That’s the kind of president Joe Biden will be. And he won’t only reverse the damage of the last four years hand-in-hand with Senator Kamala Harris, they will build back a better economy and country than ever before.

“Some of your former favorite rappers have been taken in by these lies. I think they even founded a new supergroup, it’s called The Sunken Place,” he said.

“But Trump’s Platinum Plan for Black folks is nothing but fool’s gold because you can’t bank on a word he says. Ask the students of Trump University. Ask all of the contractors he stiffed. Ask the people his charity was supposed to help before it was shut down for being a fraud. Ask all the Black and Brown Americans who are dying from this virus and losing their jobs under his watch.

my speech in support of @JoeBiden and @KamalaHarris. let’s end this national nightmare… https://t.co/xBbh9KdEj4