John Legend to Produce Comedy About His Life 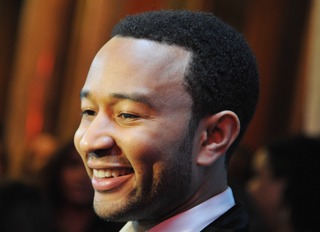 Grammy Award winning singer John Legend will be going behind the camera as he produces a Fox comedy based on his life.

The show will follow a 20-something year old who ends up gaining custody of his younger siblings.

Legend’s production company, Get Lifted, is behind the project.

Get more deets by heading over to Uptown.

What actors could you see in a John Legend-like role?