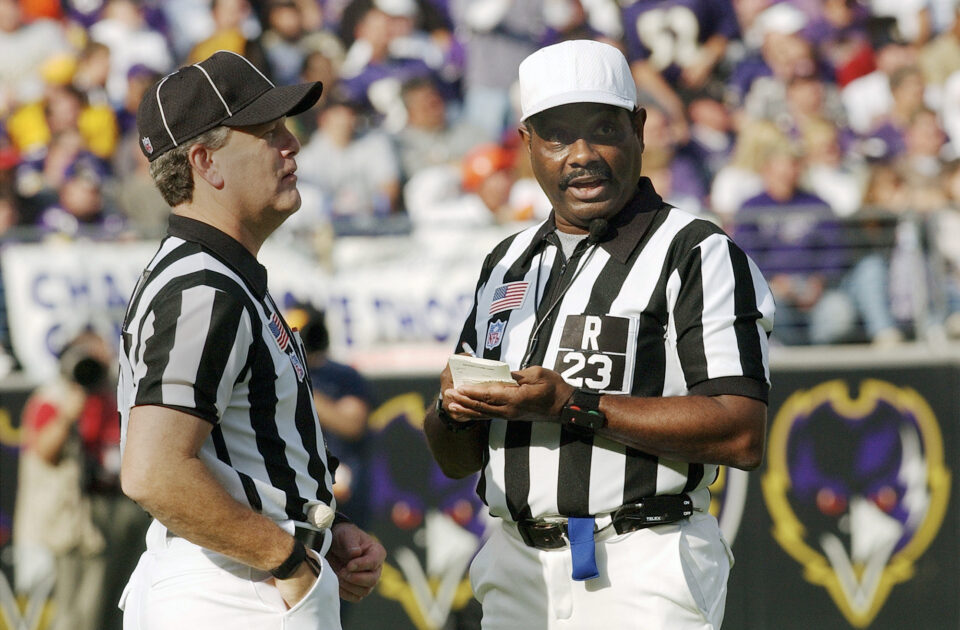 Johnny Grier, an NFL’s first Black referee, has died at the age of 74.

Grier’s pioneering 24-year-career began in 1981 as a field judge until he was promoted to referee in 1988. Grier became the NFL’s first African American referee, replacing the retired Bob Fredric.

His last assignment as field judge occurred in 1988, which marked him as the first Black person to officiate a Super Bowl. This game featured another trailblazing moment as Washington Doug Williams became the first Black quarterback to win the NFL’s biggest game. He also won the game’s most valuable player award, completing 18 of 29 passes for 340 years and four touchdowns, most of which occurred in the game’s second quarter..

Born on April 16, 1947, the North Carolina native attended the University of the District of Columbia, where he graduated with his bachelor of business administration degree in 1987 and a master’s degree in 1993.

In his earlier days, Grier spent most of his adult life officiating the sport. In 1965, he started out as a high school football official, then moved to the college football field in 1972.

During his time officiating in the league, Grier wore the number 23. He worked 15 playoff games, including two Wild Card games, nine divisional matchups, three conference championships, and Super Bowl XXII, according to FootballZebras.

Grier considered the 1993 AFC Championship Game one of his biggest moments. That matchup between the Buffalo Bills and the Kansas City Chiefs resulted in the Bills making (and losing) their fourth consecutive Super Bowl.

During the 2004 NFL season, Grier career ended abruptly when he was forced to retire due to a leg injury suffered during a series of games. He would go on to work inside the NFL officiating office and serve as the supervisor of officials for the Mid-Eastern Athletic Conference.

Jerome Boger was promoted to referee in 2006, and changed his uniform number to 23 in honor of Grier.