Join Us in Houston, Americaâ€™s Next Great Black Business Mecca 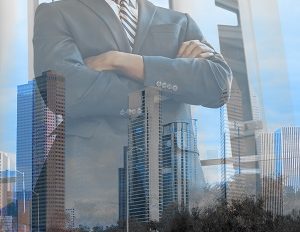 Entrepreneurship, as a means to build wealth and drive economic empowerment for African Americans, was–and still is–the cornerstone of my vision for Black Enterprise, when I launched the company more than 46 years ago. Of the many content platforms and events produced by our company today, none are more representative of our mission than our Entrepreneurs Summit.

Each year, the Black Enterprise Entrepreneurs Summit brings together more than 1,000 business leaders, ambitious entrepreneurs, and aspiring business owners, along with the corporations that want to do business with them. More than two decades since it was launched, the Entrepreneurs Summit remains the largest event of its kind. So, it is with great excitement and anticipation, that I share that the 2017 Entrepreneurs Summit will be held in the Super Bowl host city of Houston, from May 17—20, at the Marriott Marquis Houston.

The Entrepreneurs Summit is already well established as a must-attend event for entrepreneurs who want to actually win as entrepreneurs, not just start and own a business. However, bringing the event to Houston for the first time ever promises to raise the bar of opportunity and innovation even higher. That’s because Houston is clearly positioned to stake its claim as America’s next great black business mecca.

Houston also claims one of the most robust and effective business development and advocacy organizations in the country. The Greater Houston Black Chamber of Commerce, founded in 1935 as Houston’s first black civic organization and currently led by Chairwoman Courtney Johnson Rose, is the go-to source for business development and strategic partnership opportunities, as well as education, capital, and contacts for entrepreneurs.

We’re also excited to work with Houston Mayor Sylvester Turner, the city’s second black mayor, and his team. It’s worth noting that it was during the mayoral term of Lee Brown (1998-2004), Houston’s first African American mayor, that the city was named No. 1 on Black Enterprise‘s list of Top Cities for African Americans to Live, Work, and Play, edging out perennial black business meccas, including Atlanta and Washington, D.C.

Past Summits have been headlined, in recent years, by outstanding business achievers, ranging from Steve Harvey and Miko Branch, to Magic Johnson and T.D. Jakes. Our line-up for Houston will continue that standard. Stay informed via BlackEnterprise.com as well as on our social media platforms for the outstanding speakers and empowering sessions we’ll have lined up for the newest edition of the Entrepreneurs Summit–including some innovative new surprises.

The goal of the Entrepreneurs Summit and the mission of Black Enterprise is to be both an ally and partner with you on your entrepreneurial journey. Simply put, we not only want to see you start and run businesses, we are committed to helping you win–and win big–with entrepreneurship.Â However, we can’t do it without you.

I urge you to commit now by registering to join us in Houston. Together, we can take black business to the next level.