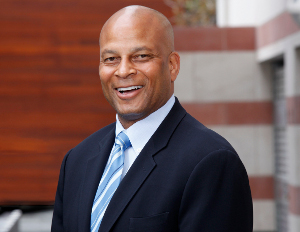 *Watch this event on Livestream*

Join Ronnie Lott today, alongside Tim Reese at “Equity Date with an Angel” where they’ll be discussing the do’s and dont’s of reeling in angel investors and venture capitalists for your start-up or expansion, at the 2013 Black Enterprise Entrepreneurs Conference in Columbus, Ohio.

Lott attended the University of Southern California, where he helped lead the Trojans to two Rose Bowl games and also compete in the NCAA Men’s Football Championships. Lott graduated with a degree in public administration, before being chosen as the eighth overall pick in the first round of the 1981 National Football League Draft.

Lott made his NFL debut as the defensive back for the San Francisco 49ers. He played for the San Francisco 49ers until 1990, at which point he was traded first to the Los Angeles Raiders and then the New York Jets before ending up his professional career in 1995 with the Kansas City Chiefs. Over the course of his NFL career, Ronnie helped his teams win four Super Bowl Championships, and was also selected to the Pro Bowl 10 times and rated as one of the best NFL players of all time by NFL.com.

After retiring from the NFL, Lott took on the role as a managing member of HRJ Capital, a private equity investment firm he co-founded in 1999 with former teammate Harris Barton. He is also an owner of car dealerships, Tracy Toyota, and Mercedes Benz of Medford.

Lott also gives back to his community, having co-founded Champion Charities with Harris Barton in 2004. He currently serves on the boards of Champion Charities and Tipping Point, and is Chairman of the Advisory Board for Play It Smart, which develops leadership and sportsmanship in young people through amateur football. Additionally, Lott is a member of the Golden Gate Chapter of the Young Presidents Organization.