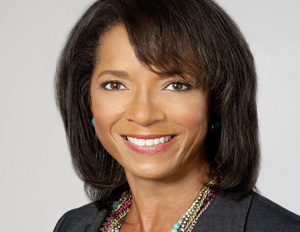 In this role, she will continue to oversee the company’s diversity efforts across all of its businesses. She will lead multidimensional diversity strategies working with talent, national advocacy groups, vendors, professional service suppliers and company executives, among others. In addition, she will continue to be the executive sponsor of CBS’s affinity and employee networking groups, while spearheading the CBS Diversity Council of employees, which serves to strengthen diversity and inclusion dialogue across the corporation.

“CBS’s commitment to diversity is a key part of our growth strategy,â€ said Leslie Moonves, president and CEO, in a statement. “I am very pleased to recognize the exemplary work Josie has done for CBS and look forward to all that she will continue to do to benefit this company, our partners at large, the industry and the public we serve.â€

Thomas most recently served as senior vice president and chief diversity officer at CBS, a position she was promoted to in 2010. In 2005, she created the CBS Writer Fellowship with the NAACP at the USC School of Cinematic Arts.

Thomas is a graduate of Harvard College , Boalt Hall School of Law, University of California, Berkeley (J.D.) and a member of the New York State Bar. She was recently named chair of the Board of Visitors at the newly launched School of Global Journalism and Communications at Morgan State University in Baltimore. She is also a member of the Board of Visitors of the John H. Johnson School of Communications at Howard University and a member of the Academy of Television Arts and Sciences Diversity Committee. Currently she is a member of the NAACP Spingarn Award Committee, where she served as Chair in 2010. Among her many honors and awards, Thomas received the first New York Women’s Chamber of Commerce Women of Excellence Award in Corporate Diversity, and she was honored as an exceptional woman executive in Profiles In Diversity Journal’s “11th Annual Women Worth Watchingâ€ issue and was featured as Savoy Magazine’s “Top Influential Women in Corporate Americaâ€ in 2012.