Signs of CTE were on the brain of Jovan Belcher 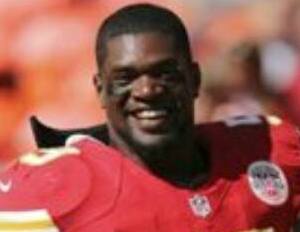 According to reports, Jovan Belcher, the Kansas City Chiefs linebacker who killed his wife and took his own life in 2012, showed signs of suffering from chronic traumatic encephalopathy, or CTE. There have been two recent problems that have negatively affected the NFL in recent years: domestic violence and traumatic brain injuries to players.

Because of the recent rash of domestic violence issues involving NFL players, there has been talk of a link between rage-control issues and depression from players being hit too many times in the head during their careers. Football players suffer from CTE at a higher rate than the general public.

“Probably the two most significant problems that the NFL is facing is a) what does the nature of the game itself mean in terms of the health of these young men, in terms of head trauma,â€ said the Kansas City-based attorney for Belcher’s daughter, Dirk Vandever.

“And second, what do we do about domestic violence? Here you have in Jovan Belcher somebody who had been subjected to ongoing head trauma and then erupted.â€

Belcher, who at the time of his death was 25, shot and killed his girlfriend Kasandra Perkins, the mother of his then 3-month-old daughter, Zoey, and then drove to the Chiefs’ practice facility, where he killed himself.

Under a pending concussion settlement between the NFL and former players, Belcher’s daughter and mother would be eligible for up to $4 million if it can be shown that Belcher had CTE.