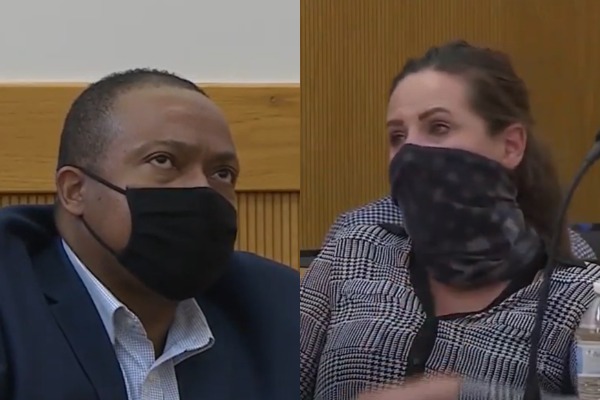 A white Rhode Island woman accused of accosting a Black man and his family and telling them to go back where they came from failed in her attempt to get her hate crime case tossed out.

District Court Judge James Caruolo declined Christine Longo’s attempt to dismiss a hate-crime case against her on Thursday after hearing lengthy arguments from prosecutors and her defense lawyer, The Providence Journal reported.

Longo is accused of attacking Adote Akpabie and his family on the property of the Coast Guard House restaurant in Narragansett and hurling racial epithets at them. The Akpabi family visited the restaurant for lunch after enjoying a day at the beach.

Court documents and witness testimony claim Longo approached the family and called them “[expletive] Black people” and told them to “go back where you came from.” She even pointed her finger in the face of Akpabie’s 14-year-old daughter. It was Akpabie and his 17-year-old daughter who testified what happened to them that day.

“This incident made us feel unsafe, unwelcomed, and very threatened,” one of Akpabie’s daughters wrote in a witness statement. “We felt as if we were being treated as inferior human beings.”

It was a photo she captured of Longo’s license plate as she drove away from the restaurant following the slurs that helped police track her down, Atlanta Black Star reported.

“Miss Longo made unprovoked racially abusive and offensive statements directed at a Black family, specifically, the Akpabis, who were enjoying a day at the beach,” Carulo said.

Caruolo ruled Akpabie’s testimony of what happened to him and his family as credible and said Longo’s actions that day met the standards of a hate crime.

“Her use of the word ‘Black’,” he said, “in this court’s opinion, was synonymous with” the N-word.

Judge Caruolo said Longo’s demeanor and actions during the July 2020 encounter could be constituted as “fighting words” and met a legal threshold established by the U.S. Supreme Court. He ruled her actions were not protected speech under the First Amendment, NBC affiliate WJAR 10 reported

“It is this court’s opinion that they are fighting words, likely to provoke a violent reaction from the ordinary, average, or reasonable person,” Carulo said during the court hearing.