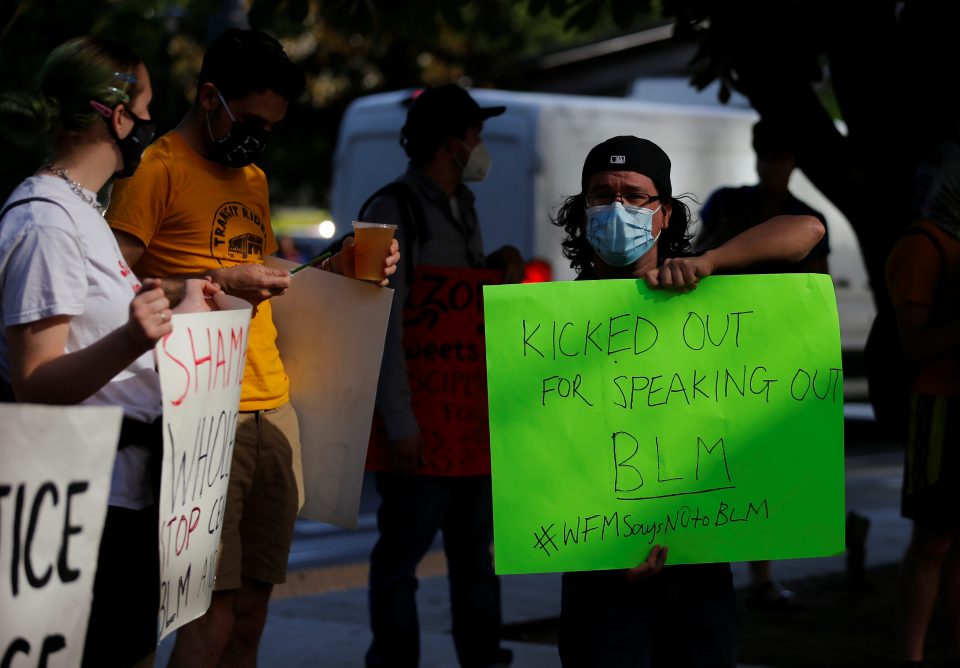 FILE PHOTO: Trent Wu, right, who says he was written up for wearing a mask with "BLM" written on it, protests with other employees of the South Lake Union Whole Foods against store management not allowing workers to wear Black Lives Matter apparel in the aftermath of the death in Minneapolis police custody of George Floyd, in Seattle, Washington, U.S. June 25, 2020. REUTERS/Lindsey Wasson

The plaintiffs said Whole Foods would send workers home without pay or impose disciplinary actions for wearing the masks and related apparel, even as it let employees wear masks bearing political messages and sports team logos.

U.S. District Judge Allison Burroughs, however, said Whole Foods and its parent, Amazon.com Inc, did not engage in racial discrimination or violate Title VII of the federal Civil Rights Act of 1964.

“At worst, they were selectively enforcing a dress code to suppress certain speech in the workplace,” she wrote. “However unappealing that might be, it is not conduct made unlawful by Title VII.”

Burroughs said one plaintiff can pursue a retaliation claim.

The plaintiffs’ lawyer Shannon Liss-Riordan expects her clients to appeal, saying in an email the decision “goes against the tide of case law recognizing the critical importance of eradicating race discrimination from worksites across our country.”

Whole Foods has said its dress code was “facially neutral” and that it has “zero tolerance” for retaliation. It has also along with Amazon expressed support for Black Lives Matter.

“We remain dedicated to ensuring our team members feel safe and free from discrimination and retaliation,” a spokesman said following Burroughs’ decision.

The judge said employees who are not happy with the policy could try to persuade Whole Foods to change it, express themselves outside the workplace and perhaps encourage consumers to shop elsewhere, or find somewhere else to work.

A video showing the death last May 25 of George Floyd at the hands of Minneapolis police sparked nationwide protests about racial injustice, including the treatment of Blacks in police custody. 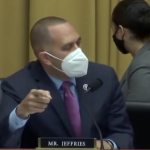 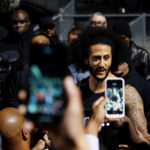 NFL: Protesting Players ‘On the Right Side of History,’ Union says