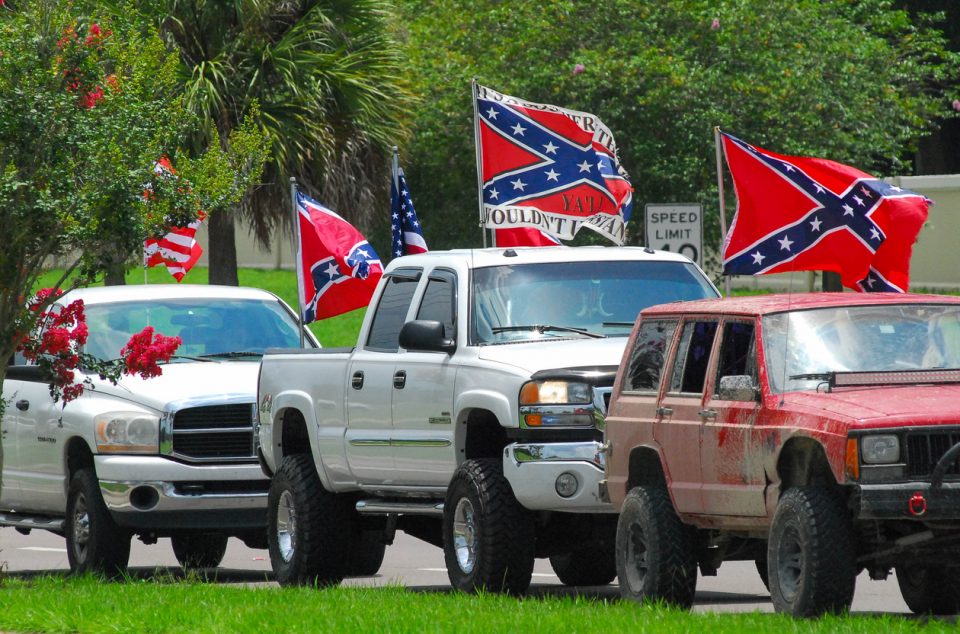 An Albany, New York, district judge ruled last week that if the parents of a biracial child do not remove the imagery of a Confederate flag they could face consequences.

Justice Stanley Pritzker is not pleased parents, identified only as Christie BB and Isaiah CC, have subjected their 7-year-old to embrace a rock with a Confederate flag painted on it, The Hill reported.

The judge is giving the parents an ultimatum, lose the rock or your daughter.

It was in 2014 when the appellate division of the state’s second-highest court ruled in a 5-0 decision, ruled by Justices John Egan, Sharon Aarons, Molly Reynolds Fitzgerald, and John Colangelo, and Pritzker, to make the couple retain their joint custody of the newborn child.

However, details of the rock and the child’s mixed-race put into question if the parents are acting in the best interest of the child, The Albany Times Union first reported.

“Given that the child is of mixed race, it would seem apparent that the presence of the flag is not in the child’s best interests, as the mother must encourage and teach the child to embrace her mixed race identity, rather than thrust her into a world that only makes sense through the tortured lens of cognitive dissonance,” Pritzker wrote.

“Christie BB” has until June 1 to remove the rock from her driveway or the courts will look “into any future best interests analysis.”

“As such, while recognizing that the First Amendment protects the mother’s right to display the flag if it is not removed by June 1, 2021, its continued presence shall constitute a change in circumstances and Family Court shall factor this into any future best interests analysis,” his statement continued.

“In response to questioning, the mother testified that she has never used any racial slurs in front of the child or at all,” the ruling said.

The child’s current guardian is a lawyer who told Times Union that the ruling was fair, but he does not think the rock belongs to “Christie BB.”