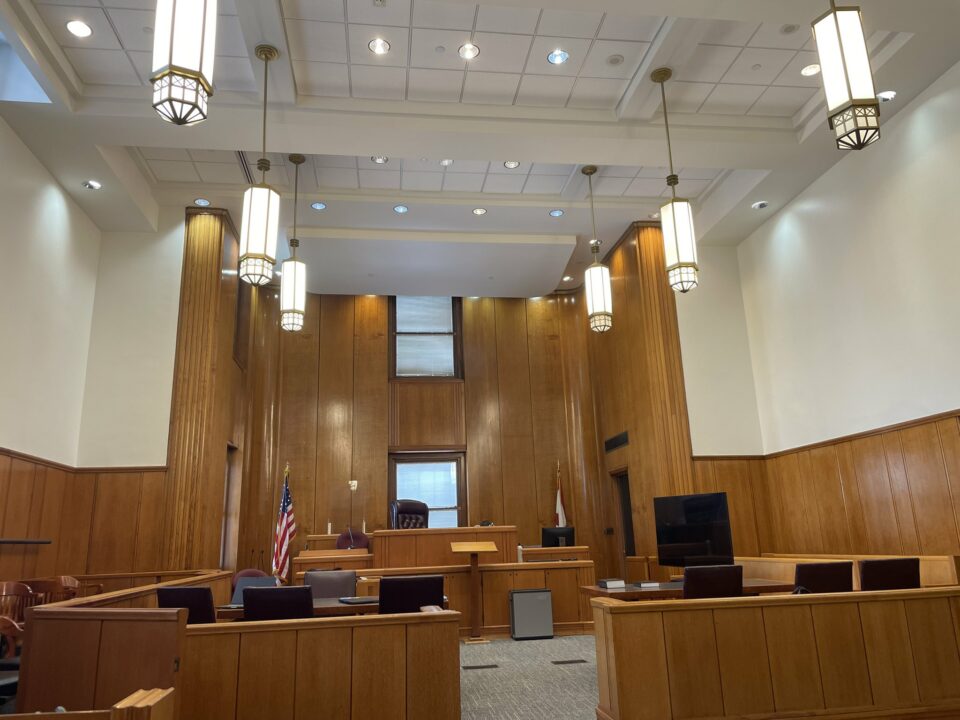 Judge Tressa Alioth, the first Black woman to be appointed as a district court judge in Nebraska, wants to see more diversity in the state's courtrooms. (Image: Twitter)

When Judge Tressa Alioth was sworn in last year as a district court judge in Nebraska, she was shocked to learn she was the first Black woman to be appointed.

The Lincoln Journal Star reports that the state has always lacked Black representation in its courtrooms. In 1971, Elizabeth Davis Pittman became the first woman and Black person to serve as a judge in the state. The next Black woman appointed to a state bench was Edna Atkins in 1992. Both women served as judges in Douglas County and were appointed by Democratic governors. The first Black man to be named a district court judge in Nebraska was Marlon Polk in 2005.

“Obviously, we’ve had other people of color, just not a Black woman,” Alioth told the Journal Star.

Alioth was appointed by Gov. Pete Ricketts after more than two decades serving as a prosecutor in the state. During her time in the state’s courtrooms, the justice has been particularly aware of “quite frankly, just lack of diversity in our field, period.”

The Omaha native and Creighton University School of Law graduate added that during her time as both a judge and prosecutor, she has been greeted with shocked faces in the courtroom, due to her race and position.

The lack of diversity in U.S courtrooms is changing at the federal and lower levels. According to the Brennan Center, the Biden administration has “nomin­ated by any meas­ure the most demo­graph­ic­ally diverse set of judi­cial candid­ates in history and by doing so has, in just one year, reduced slightly but notice­ably the percent­age of white males among active-status judges; appoin­ted an unpre­ced­en­ted number of former public defend­ers, and filled propor­tion­ately more stat­utory judge­ships than most prede­cessors.”

Diversity is needed in courtrooms across the country. Many judges do not have a ground-level view of society. Grasping the differences in upbringing and experiences for minorities can go a long way in understanding defendants and the circumstances that led to their arrest.