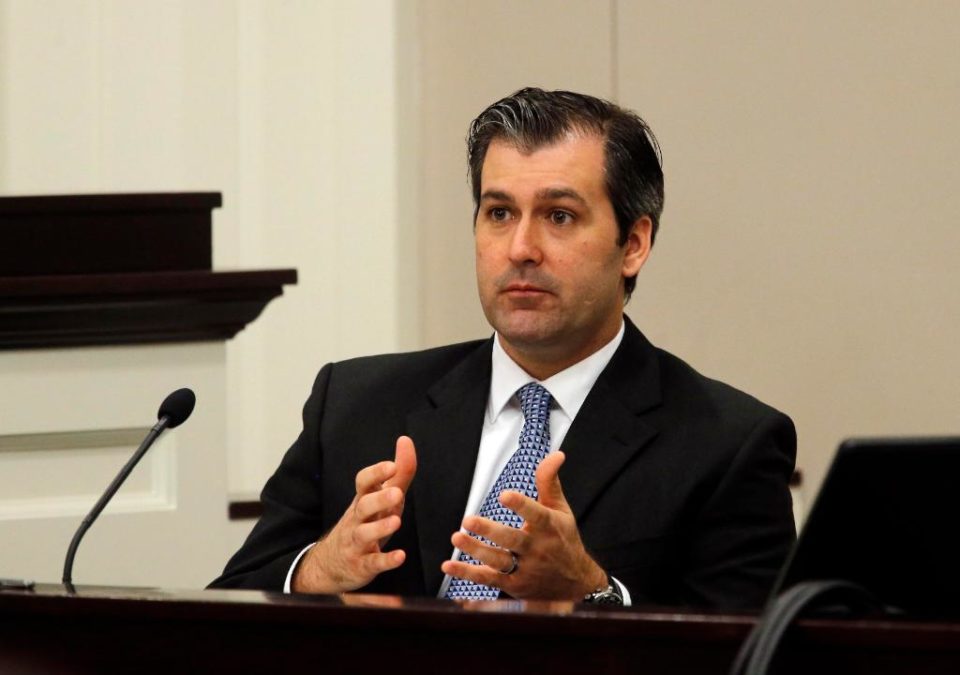 The former policeman appealed his sentence, saying his lawyer never told him about a plea deal from prosecutors that would have cut years off his sentence. According to NBC News, Federal Judge Richard Gergel wrote in his ruling that he believed Slager’s lawyer Andy Savage who said in 2017 court papers that he explained every plea deal Slager was offered.

The former cop testified in a hearing last week that he didn’t know about the initial deal.

Slager pulled over Scott on April 4, 2015, for a broken brake light. A bystander captured the encounter on cell phone video. At some point in the encounter, Slager hit Scott with a taser and the two tumbled to the ground.

Scott got up, ran and Slager fired nine shots, hitting Scott five times from about 15 feet away. Slager, who then realized someone had recorded the incident, screams into his radio that Scott was down and tried to steal Slager’s taser from him.

He later told investigators that Scott charged at him after stealing his taser. However, the cell phone footage was released to the public and Slager was caught in his lie.

Gergel wrote in his decision that Slager continues to blame others for his situation when it’s clearly his fault.

“What sealed petitioner’s fate regarding malice was not the language of his plea agreement or the performance of his defense counsel, but his own willful act of shooting an unarmed man in the back five times as he ran for his life,” Gergel wrote. “Compounding these horrible facts was petitioner’s inconsistent and obviously false statements about the circumstances of the incident, with which he destroyed his credibility.”

Slager’s new lawyers didn’t deny the former cop killed Scott but did say the sentence he received, which will keep him behind bars until 2033, was excessive.

Slager pleaded guilty to a civil rights offense, but his sentence was determined by federal Judge David Norton, who ruled the shooting amounted to second-degree murder. In his ruling Norton said between firing nine shots in Scott’s direction and lying to investigators, the charge was justified.