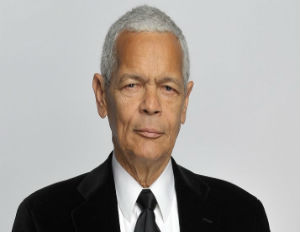 Julian Bond, an icon of civil rights activism and leadership has died. The founder of theÂ Southern Poverty Law Center (SPLC) was 75.

Bond, who also served as chairman of the NAACP, has spent most of his life fighting for the rights of people of color. He served as co-founder and communications director of the Student Nonviolent Coordinating Committee (SNCC) in the 1960s and was the SPLC’s president from 1971 to 1979, later becoming a member of its board of directors.

Born in Nashville, Tenn., Bond grew up in Pennsylvania where his father served as the first African American president of Lincoln University. Bond would later attend Atlanta’s Morehouse College, where he helped found The Pegasus;Â aÂ literary magazine, and interned at TIME magazine. He served in the Georgia House of Representatives in 1967 until 1975 and would move on to serve in the Georgia Senate from 1975 to 1986, writing more than 60 bills that were ratified into law. A leader in education as well, he was a professor of history at the University of Virginia, and an adjunct professor at American University.

Bond also made his mark in black-owned media, including serving as an original member of the Black Enterprise Magazine Board of Advisors and an original co-host and long-time senior commentator of the public affairs television program America’s Black Forum. Bond also conducted the live audience television interview in Chicago for “An Evening With Earl Graves” which aired nationally on PBS, marking the Black Enterprise founder and publisher’s induction into The HistoryMakers African American oral history archives.

“With Julian’s passing, the country has lost one of its most passionate and eloquent voices for the cause of justice,” said the SPLC via their website. “He advocated not just for African Americans, but for every group, indeed every person subject to oppression and discrimination, because he recognized the common humanity in us all.”

Bond is survived by his wife, Pamela Horowitz, a former SPLC staff attorney, and his five children.