Julius 'Dr. J' Irving Explains Why LeBron James is Not an NBA G.O.A.T 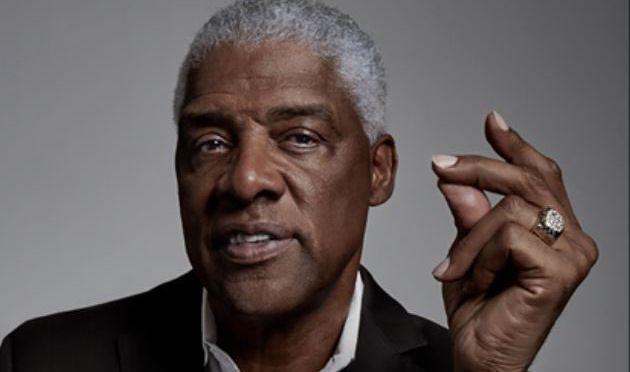 The legendary Julius “Dr. J” Erving has caused quite the controversy when he spoke about the greatest NBA players of all time and left off, arguably, this era’s greatest, if not one, one of the greatest players in the game today.

According to Yahoo Sports, the former Philadelphia 76ers legend appeared on Yahoo Sports’ Posted Up with Chris Haynes and mentioned some of his favorite players of all time. Not only was Los Angeles Lakers’ LeBron James not named on his first all-time team, but he also wasn’t even placed on his second all-time team of players.

“My first team is like Oscar Robertson and Jerry West, I got Wilt Chamberlain, Bill Russell, and Elgin Baylor,” Erving said to Haynes. “That second team, Magic, Michael, Larry, Karl Malone, Kareem Abdul-Jabbar … those guys … they would be my second team. And a lot of people would argue that LeBron … [muffled] … you know it’s crazy to kind of pick him on the third team.”

The basketball great who also won an ABA championship with the New Jersey Nets before joining the NBA had to explain why “The King” wasn’t placed on those teams he had previously mentioned.

“When you look at LeBron and anybody he sort of picks with him … he played with so many guys. He’s the guy who has led the charge in terms of superteams being put together. When he put together the team in Miami, he put together that team in Cleveland as well and put together a team in Los Angeles. So he can pick his own team, I’m not going to pick his team. I’m not saying nothing bad about LeBron.”

You can listen to the full interview below: