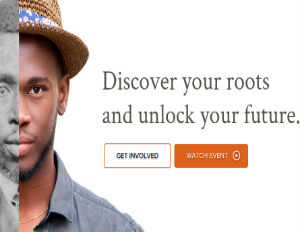 Today’s technological advancements have played a major role in bridging the gap between generations and providing innovative ways to tell stories and impact history. A new virtual project is part of recent innovations to not only make an inaccessible but vital archive available to the public, but present the information in a more dynamic and engaging way.

TheÂ Freedmen’s Bureau ProjectÂ was created via partnerships between FamilySearch International and the National Archives and Records Administration (NARA), the Smithsonian National Museum of African American History and Culture, the AfroÂ­-American Historical and Genealogical Society (AAHGS), and the California African American Museum. The organizations and institutions are working together to digitize the bureau’s millions of handwritten documents through crowd-sourcing.

The project organizers seek to create what they call “an unprecedented Internet database,” a permanent museum exhibition and “a deeper understanding of contemporary African-American life in a time fraught with difficulty.”

The Freedmen’s Bureau (also known as the Bureau of Refugees, Freedmen, and Abandoned Lands) was established on March 3, 1865, to keep record of and serve an African American population that had newly gained its freedom.

Demographic information on nearly 4 million newly free African Americans was collected and kept in records that could help Americans better understand “slavery, war, national healing, regional reconstruction and freedom,â€ if they were only accessible to the public; Hollis Gentry,Â a Smithsonian genealogy specialist indicated to TIME.

Work on the project began June 19, which was commemorated as Juneteenth this year, marking the 150th anniversary of the freeing of U.S. slaves. The project is utilizing new technologies to crowd-source the initiative and expedite what would have previously taken years to complete.

As of early this month, TIME reports, 15% of the estimated 1.5 million documents had been digitized.